A Few Ways Through The Window

Printed letterpress from Univers type (text) and offset litho (illustrations) in black and brown on double leaves of white and red poster papers. The lithography was printed by Dennis Marriner on the smooth side of poster paper; the letterpress on the reverse, rough side by Ken Campbell. And so it looks: rough and perverse. Chinese folded and perfect bound.

A string of poems sit in parallel with a string of images. The images are partly of windows in a small house in France, and partly of random, abstract marks that increase and diminish in their intensity.  The very tall, skinny glass panes of the windows opened inwards, and the very tall, skinny wooden shutters opened outwards.  I found their different intercessions of appearance and reflection in the visual plane delightful. I took photographs of them at different times of day. So, they opened a little in the morning, they were wide open in the noon and they closed towards the evening. The notion was of the locked windows of the mind opening and random phenomena entering, with a shutting down towards the end of the book. Images ran parallel to the texts without actually illustrating them point by point. This implicitly attempted to answer my reservations at that time about the function of illustration, which always seemed to be pre-empted by a given text; the more perfect the text, the less room can there be for illustration, or further exposition. Two or more free but parallel structures may yet, however, reveal by guided chance and resultant association a greater whole. This unconscious manoeuvre prefigured much of the methodology of later work. This methodology has shown me a few ways through the window.

A book of views through windows that progressively open and close; a book of changes. As they open, random events fly in and intensify; as they close, the process reverses. This old bird squatted on that window ledge exercising a pair of recently acquired and very second hand wings.

‘Early works by artists and writers often have special significance because they express themes which continue in the work, often in more complex, arcane, and hermetic forms.  Ken Campbell’s books are known for their combinations of primitive imagery and sophisticated design, always anchored in the traditions of literature and the art of the book.  Yet, the animus of this first book is poetry.  Standing at the head of a line of strong visual works, it is a reminder of the importance of well chosen words.  In later books the fundamental energy remains, and greater intensity is given to the books through multiple layers of abstraction, colour, and resonant imagery.  Reading the first book reveals the vision in essence.’
Marcia Reed 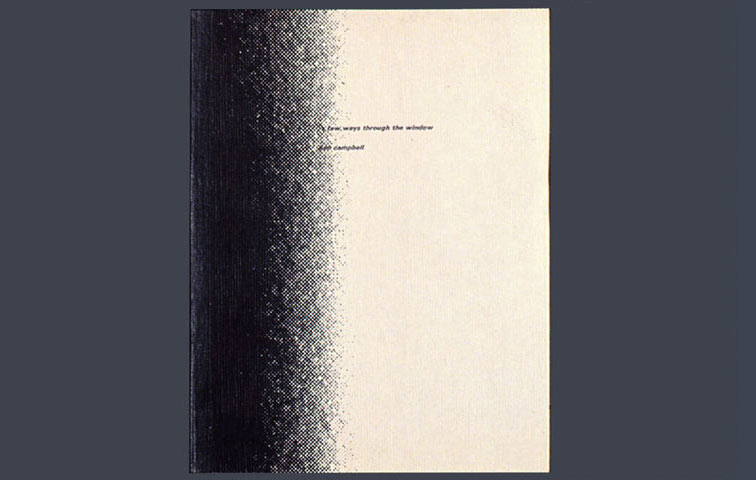 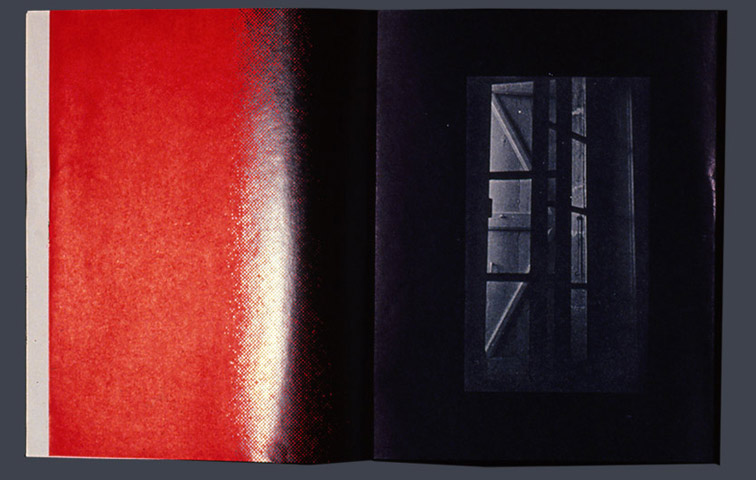 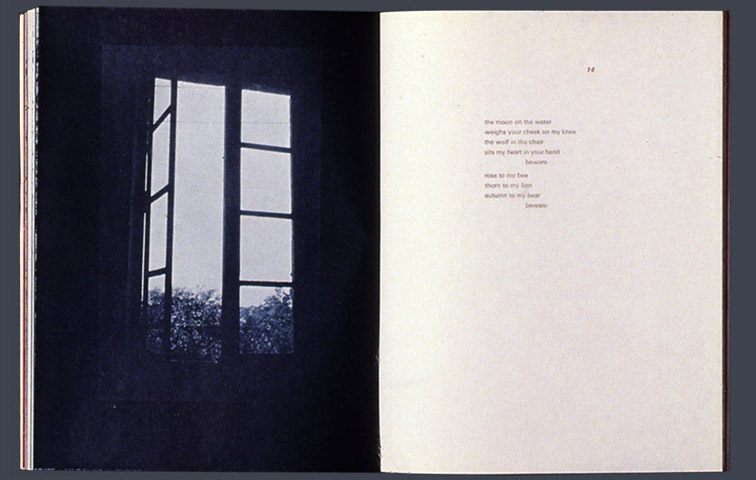 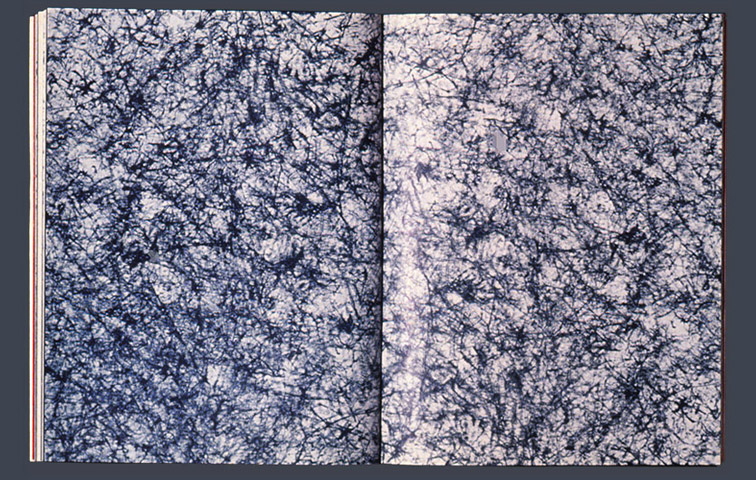 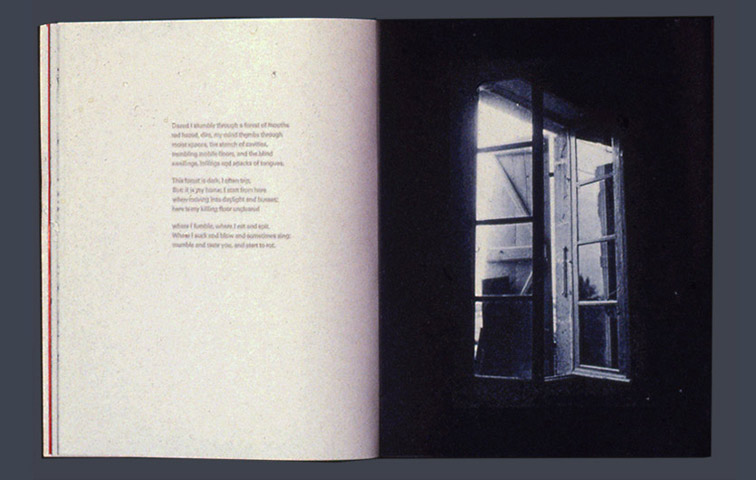 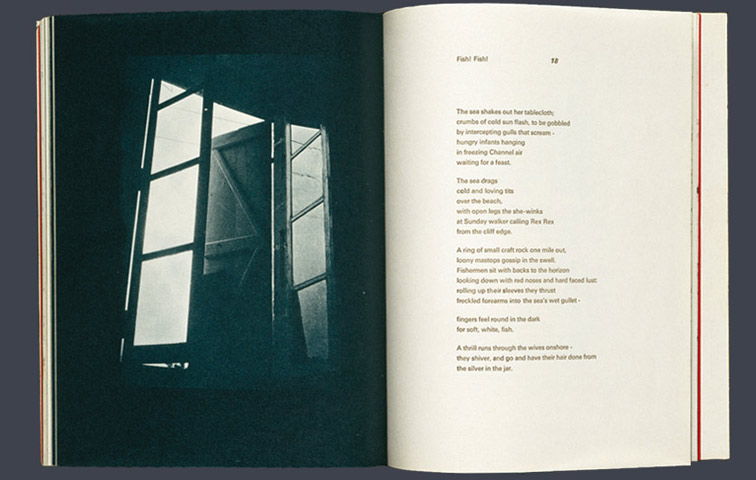 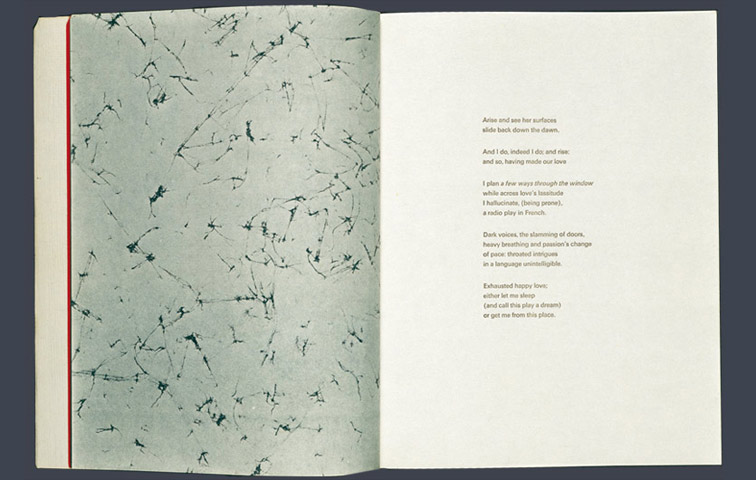 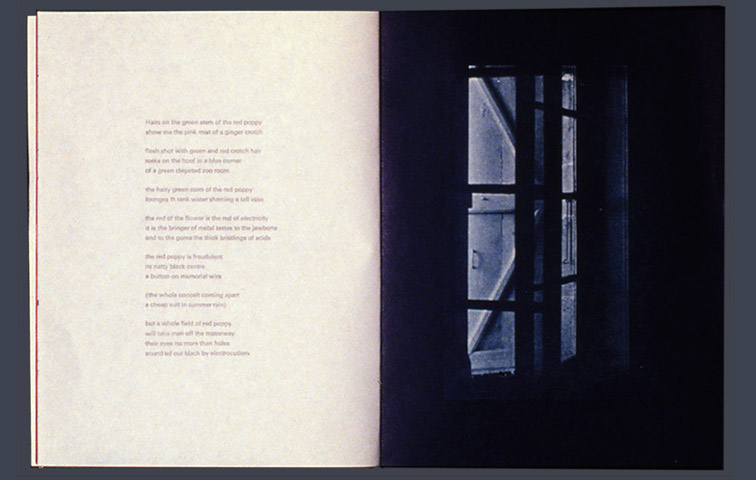 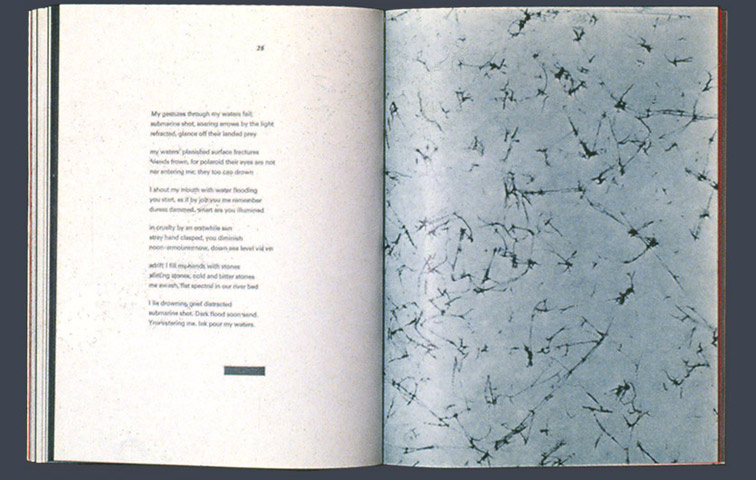 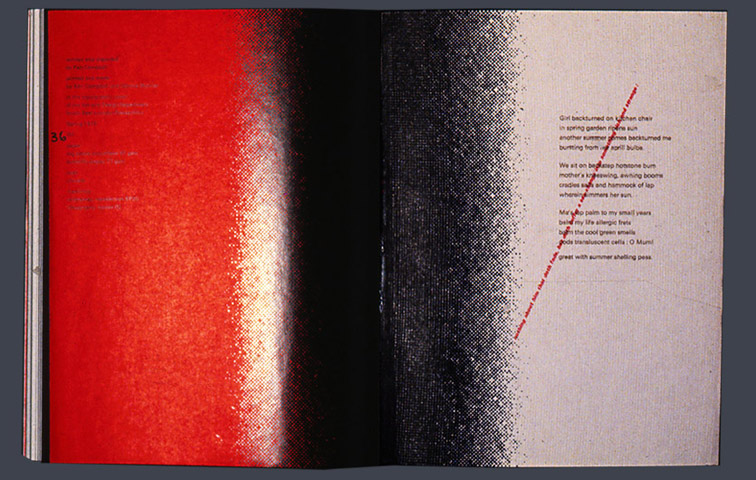