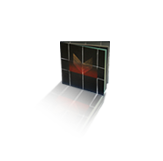 In the Door stands a Jar

There’s usually some kind of formal problem in the books – a way of dividing space up for good clear reason and for making things work in a useful sequence. I had a notion of putting a reduced version of the book’s two-page spread, which is a designer’s term for an opened book, on one page and putting the same two-page spread reduced on the opposite page, so you’re looking at a kind of visual pun: two spreads on the whole spread.

On each page is another, smaller two-page spread printed on a black background. In each smaller spread is what is left after I have printed black solids as a window over and around the female forms. Black over colour gives ghostly images of the complete form. The poem runs laterally through the colour and bleeds off into the darkness on either side. There are very large dark borders. I had started to play with borders both as ways of containing the work in a field and as a dark space at the edge of things; a free-fire zone in which things seen in other parts of the book and things remembered can affect that which stands in the light.

I wanted to bury words in those borders as a kind of visual echo of the words being used in the poem, a metaphor for where words come from in one way of creating poetry: hearing echoes of sound and meaning from other places. This process is pursued in other, later books.

I cut a female form out of a background of zinc and wood, and then cut it in half so that there were four blocks which were then manipulated and printed in a variety of colours. The jar that stands in the door is both a woman’s thick-waisted torso, and a jar which is cut up, dismembered and moved around. It was a tilt back to my designer past, making a page move almost in a cinematographic way through the book, in the spaces between the two verses. It was a very formal piece, a very sculptural thing to do. So the book is about joy and darkness, and the sensual face of this world, and the fact that death moderates all. 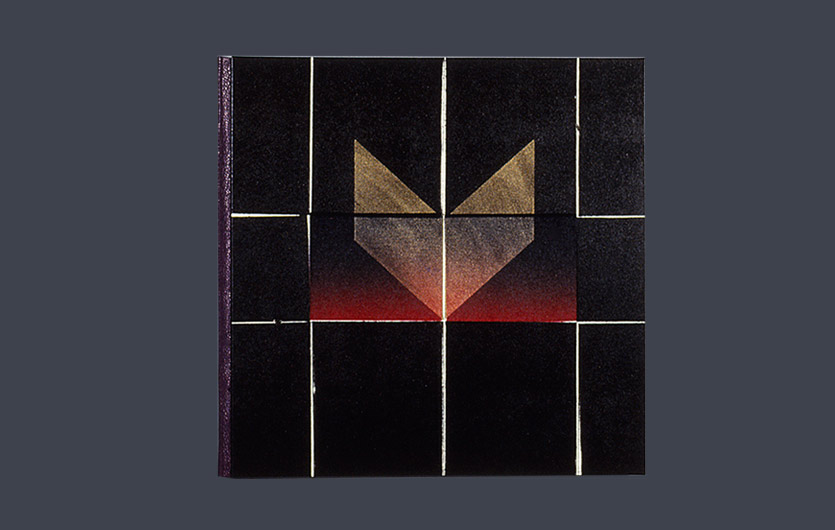 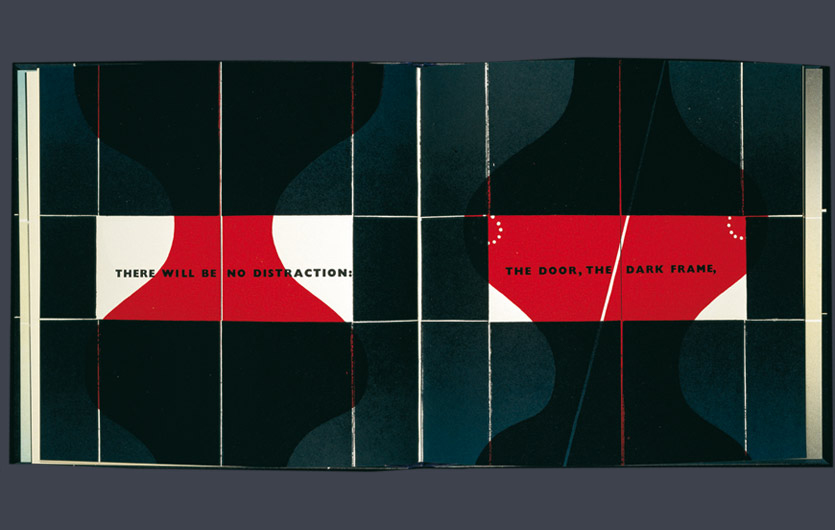 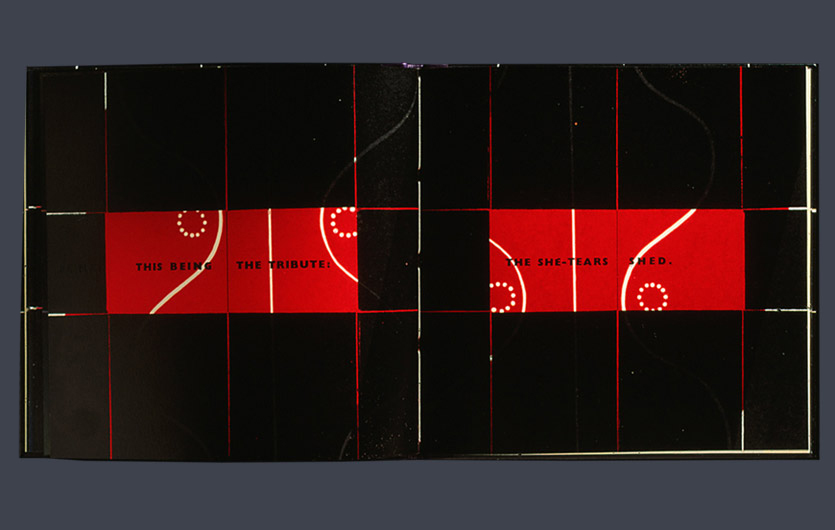 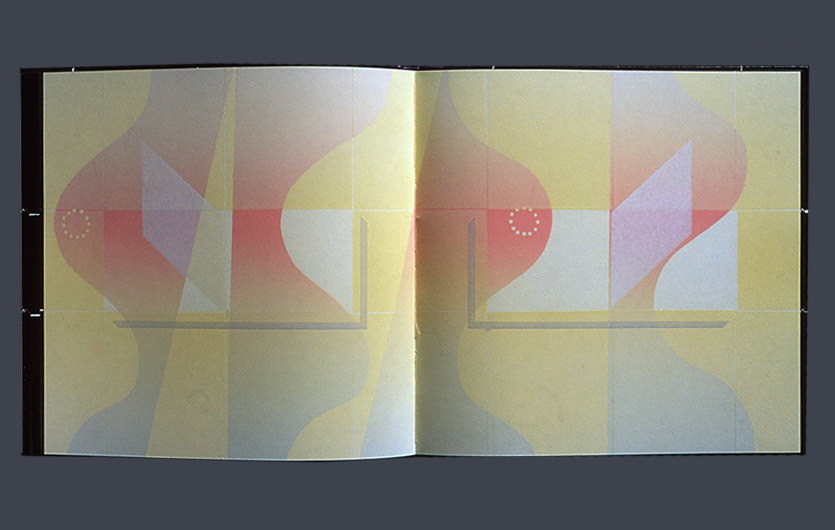 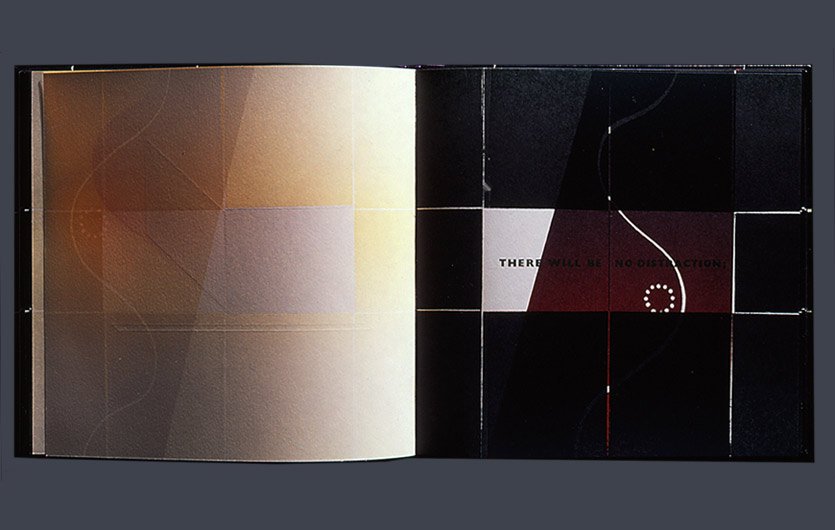 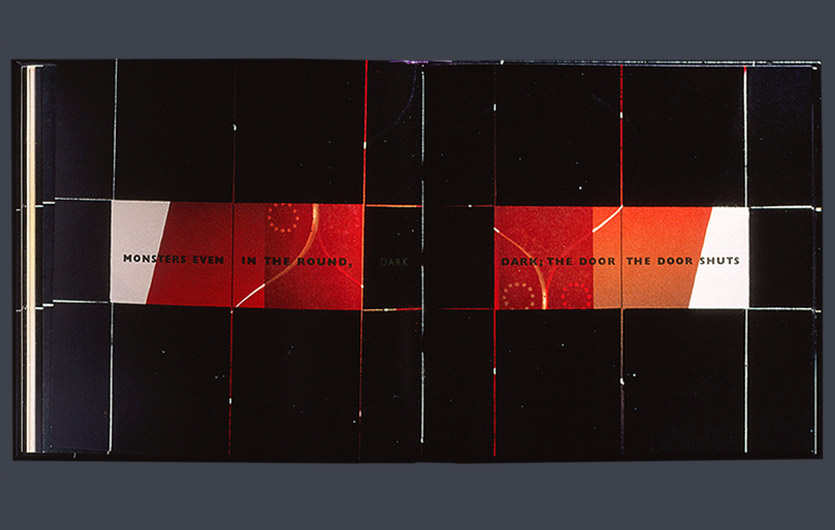 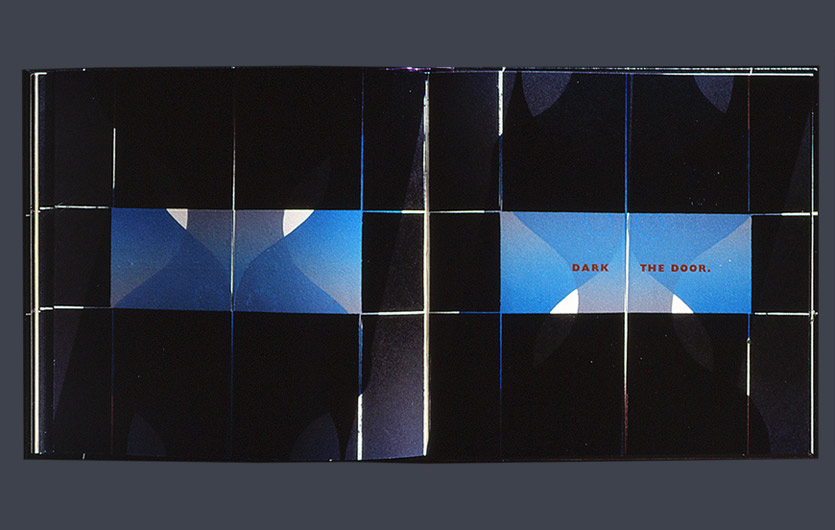 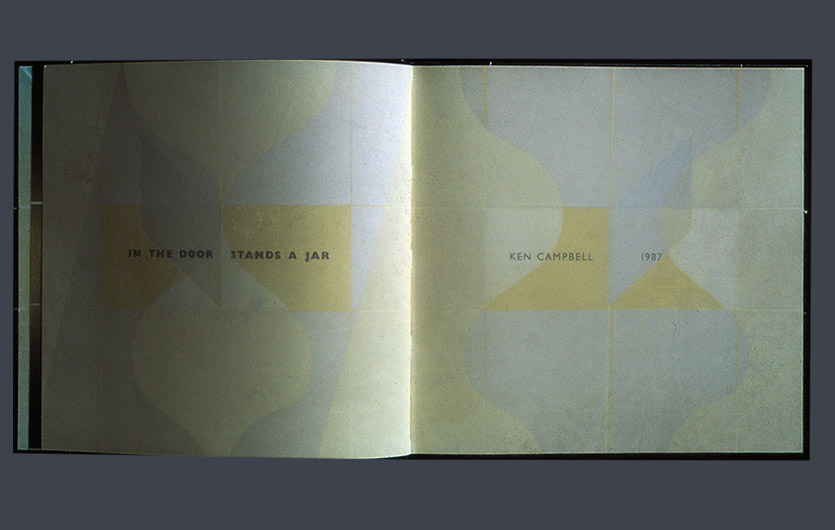 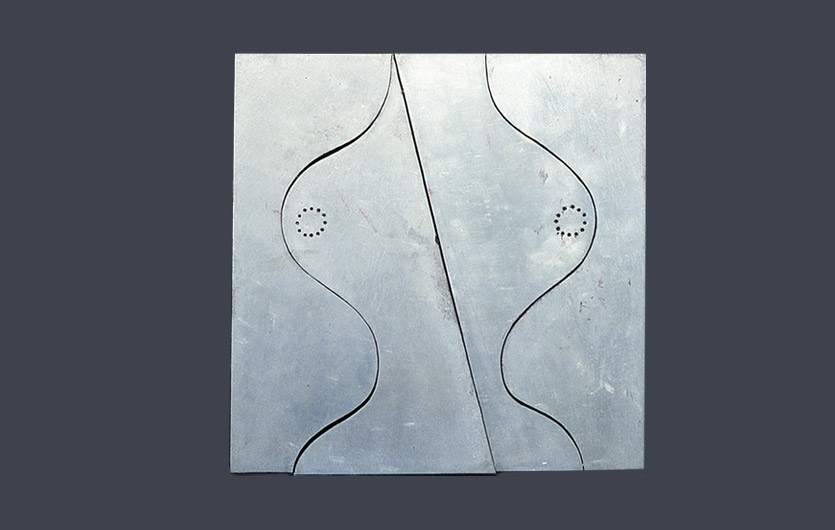