Polychrome letterpress printing on Zerkall Gehammert paper, with woodletter, metal type, 12pt rules, 36pt round ornaments, and one steel set square and one steel right angle rule, both mounted to type height. The book is hand sewn and bound in reversed goatskin, in an Islamic, or map-style wrap-around binding, with handmade flax papers lining the inside. The whole is wrapped in black felt. ‘DOMINION’ is printed with the rough urgency of earlier books such as ‘HORSE’ and ‘Broken Rules and Double Crosses’.

The book deploys found geometric tools, brought to type height, to suggest the plotting of land by the squaring and quartering of the space on the page, and the boxing of its compass. A progression of poems move from the old world of Europe to the Great Plains of North America, which were secured, divided up, then broken by the plough.

‘DOMINION’, while continuing the pursuit of the idea of the double to be found in previous titles, progresses towards its centre and unravels back to its beginning. In this ‘DOMINION’ configures exile and return. At the start and end of each of the sections of the book, severe rectilinear geometries are disrupted and married to motifs gained from the equilateral triangle and the cross. The resultant rich pages contrast with the wilderness at the core of this work, and the ‘impossibility of the marrying of 3 and 4’.

A man walked into Egypt looking for a lost pearl. Local sorcerers captured his mind, their spells had him forgetting who he was, where he was from, and where he was going. Living on in his old home his true self sent messages to him. These words on the road awoke his memory, reminding him of his identity. And on that road of return he met his approaching double, rejoicing.

Printmaking Today, London, 2002
Ken Campbell is one of very few British artists whose books can with justification be called major works of art. A consummate printer, Campbell’s books have an immediate effect as beautiful objects but their power lies in slowly revealed meanings that come from repeated readings and an ability to create different voices and tones through his use of type and interwoven image.

The immediate impression of ‘DOMINION’, a large, suede bound volume, is of an ancient collection of nautical maps – silky pages letterpressed with various texts and recurrent geometric symbols. … ‘DOMINION’ is less about man than about language – the English language – how it has evolved, shaping our sense of ourselves and our country, and how it has moved across the ocean to become the shared language with America. The theme is announced in the prologue, that civilisations destroy civilisations, absorbing what has gone before in new customs and bastardised tongues: ‘Who can cry wolf when strange, rude tongues, deflowering our garden, loll insolent at our headbed. Enter the versed forked tongue, a gift in two courts: take the first word: speak …’

The book, however, is a celebration and a tribute to language and in his poetic texts Campbell ranges from almost biblical tones, to medieval English, to mantras. He alludes, in tiny details, to past writers, and movingly conveys how words can often be all that remains of cultures long dead – ‘stained into the very rock names’. The sense of mutability is echoed by the graphic images which are entirely non-figurative, often no more than shifting plays of triangles or a repeated grid of a right-angle rule, placed in different positions on the page. 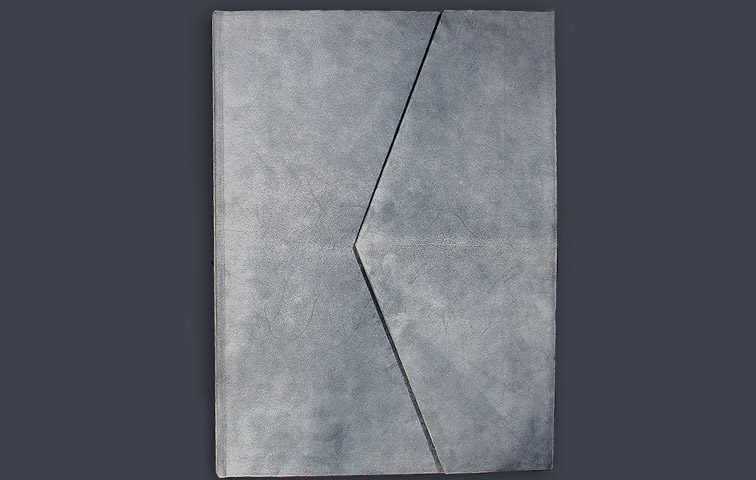 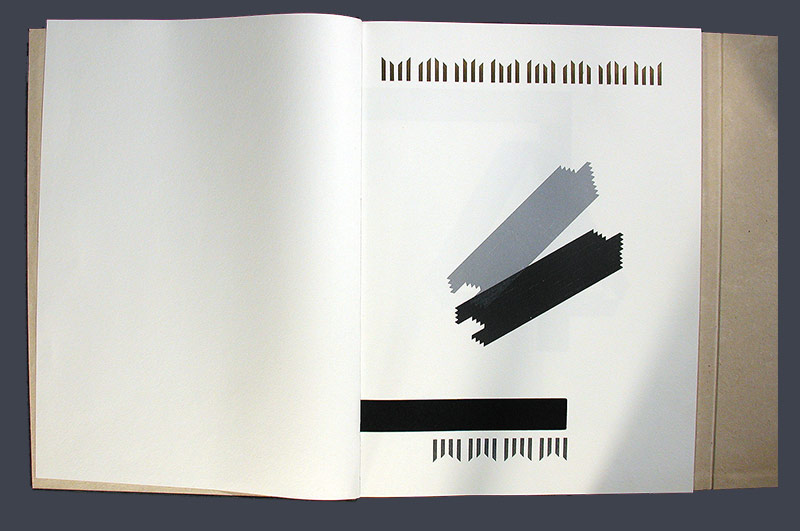 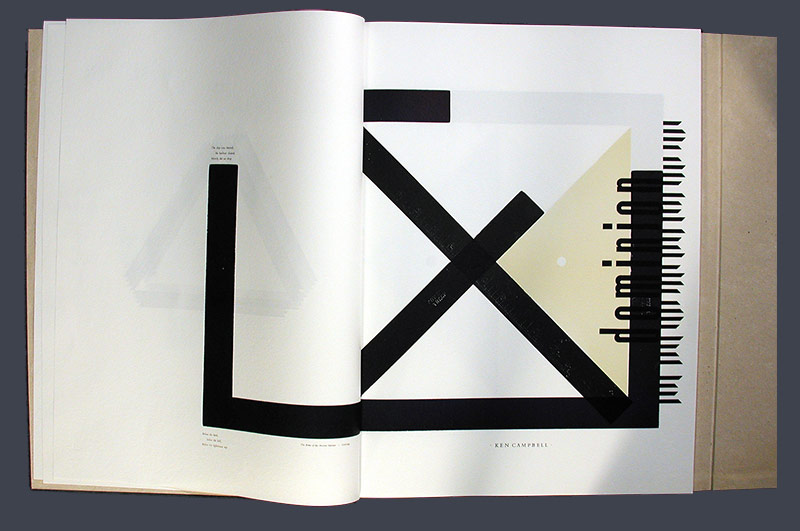 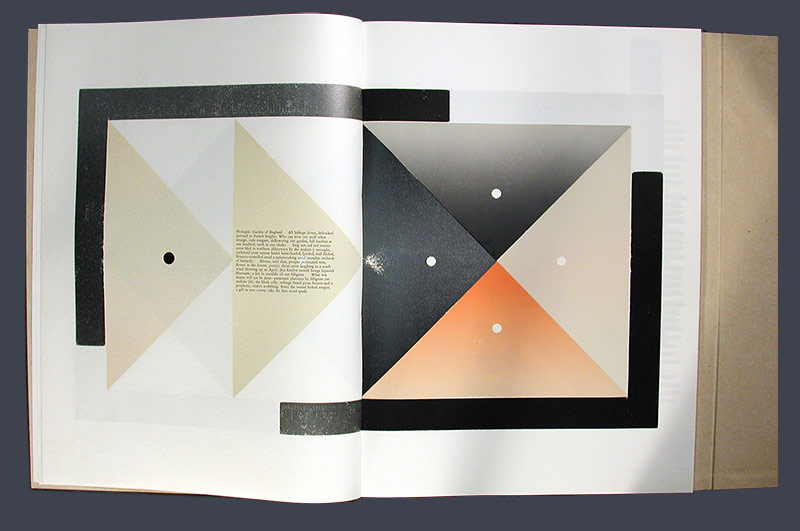 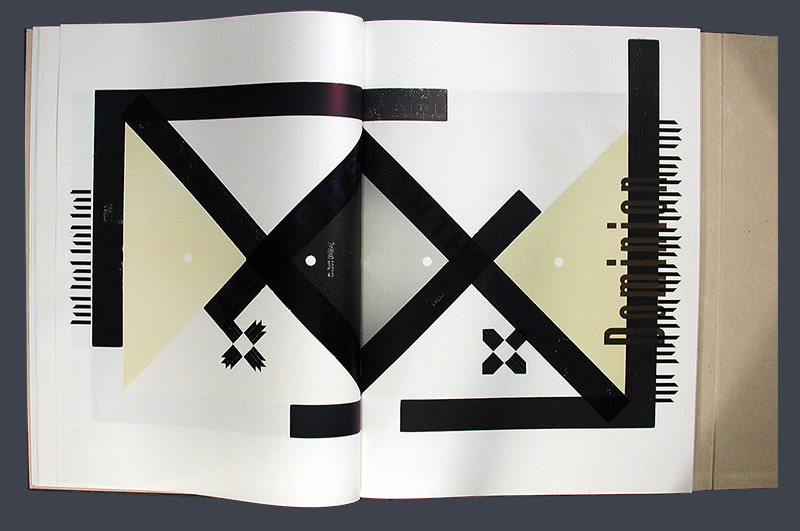 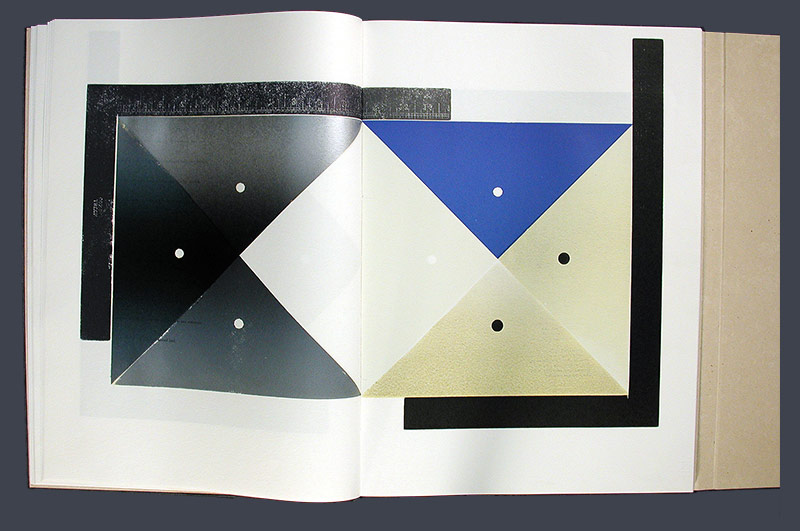 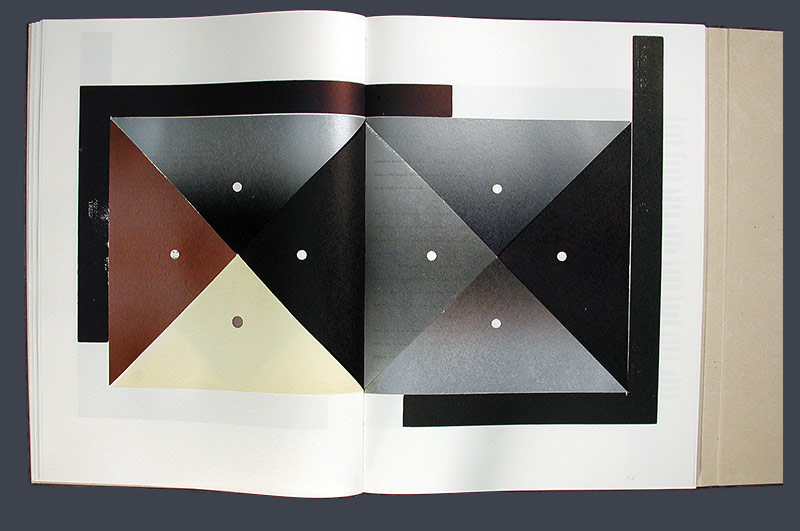 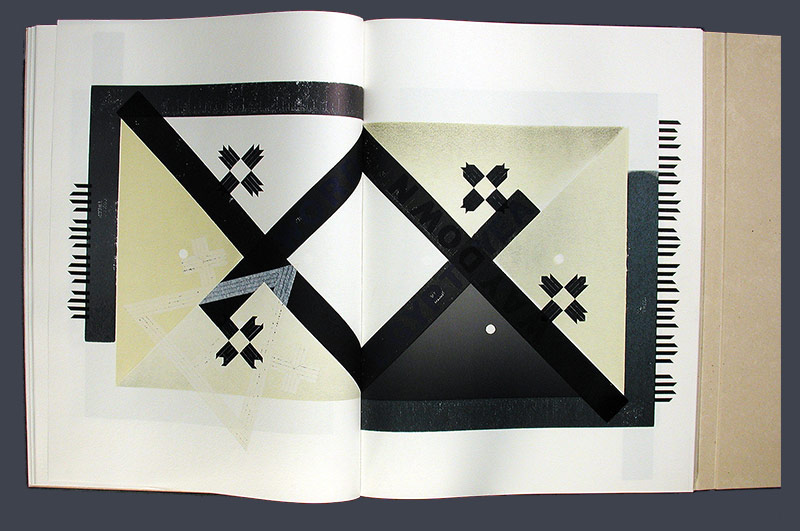 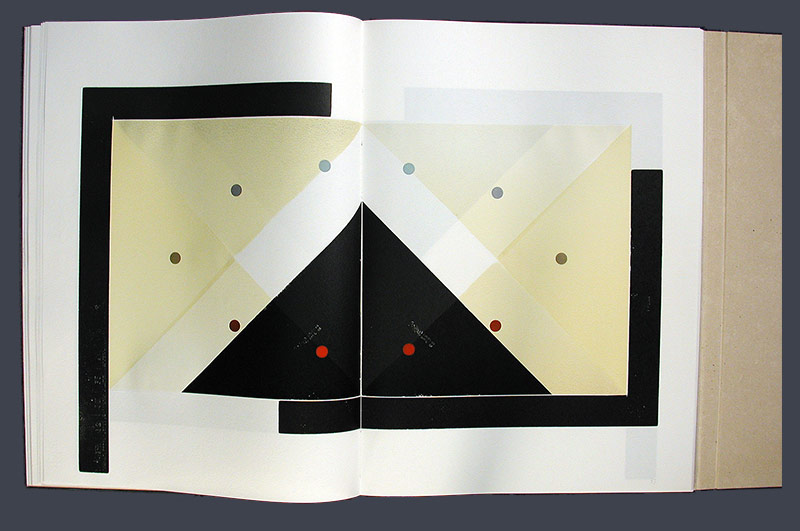 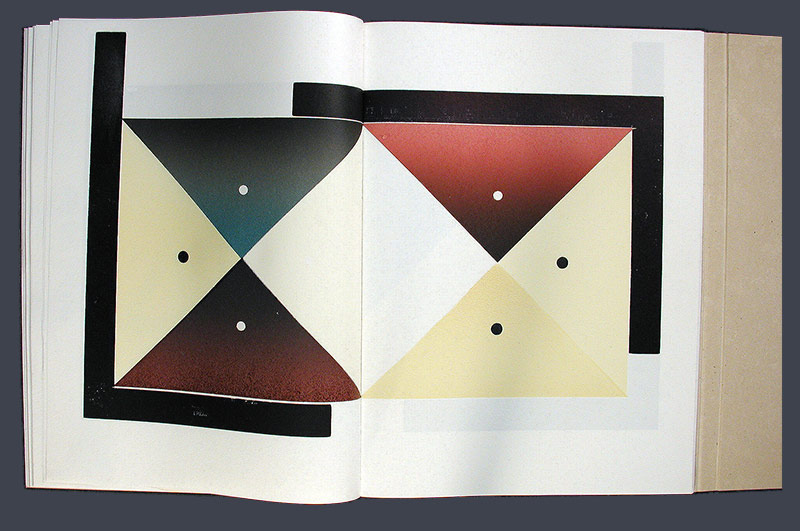 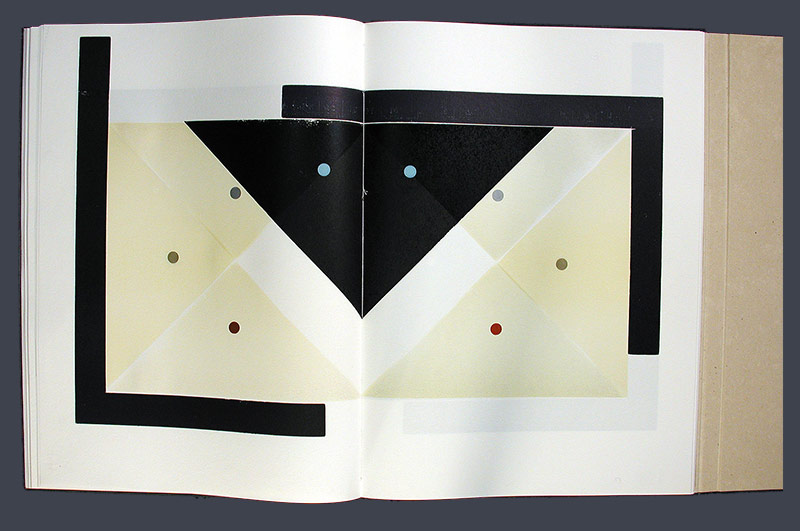 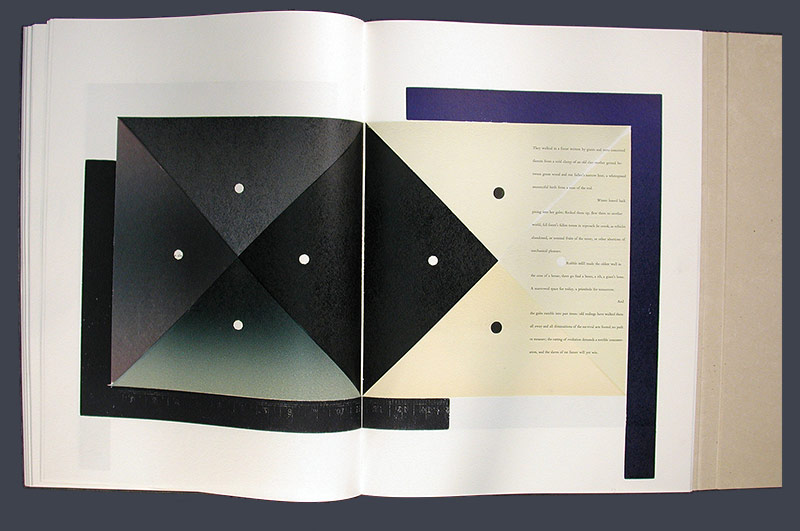 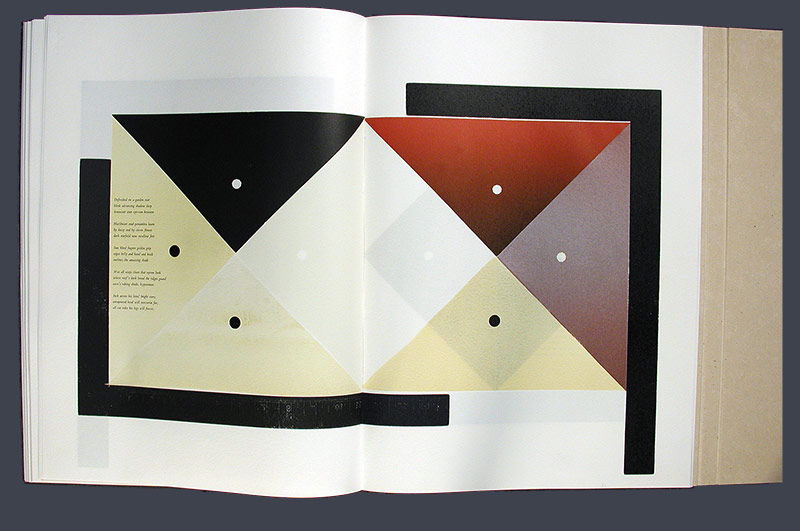 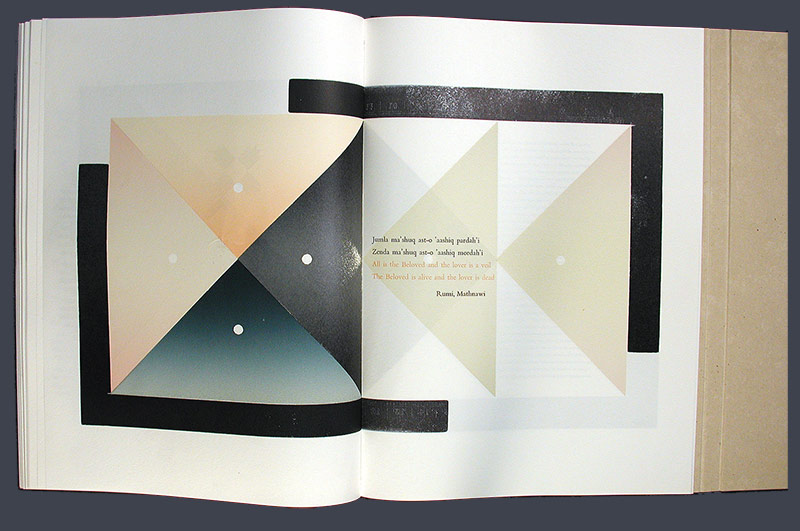 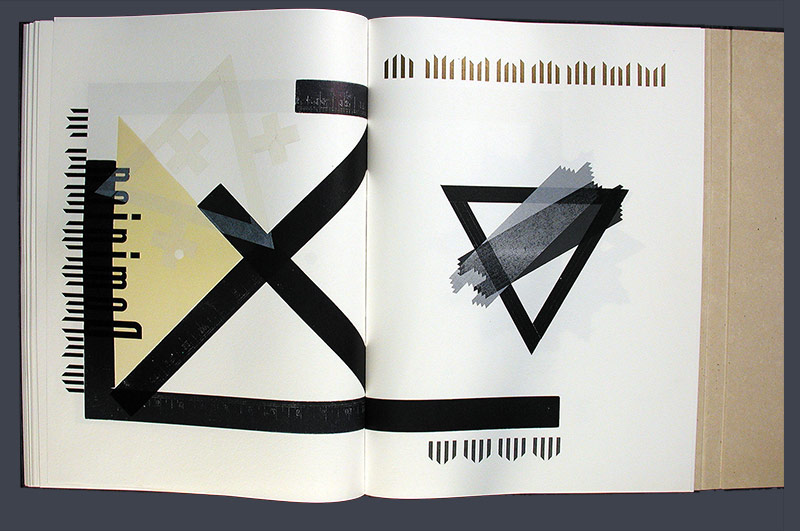 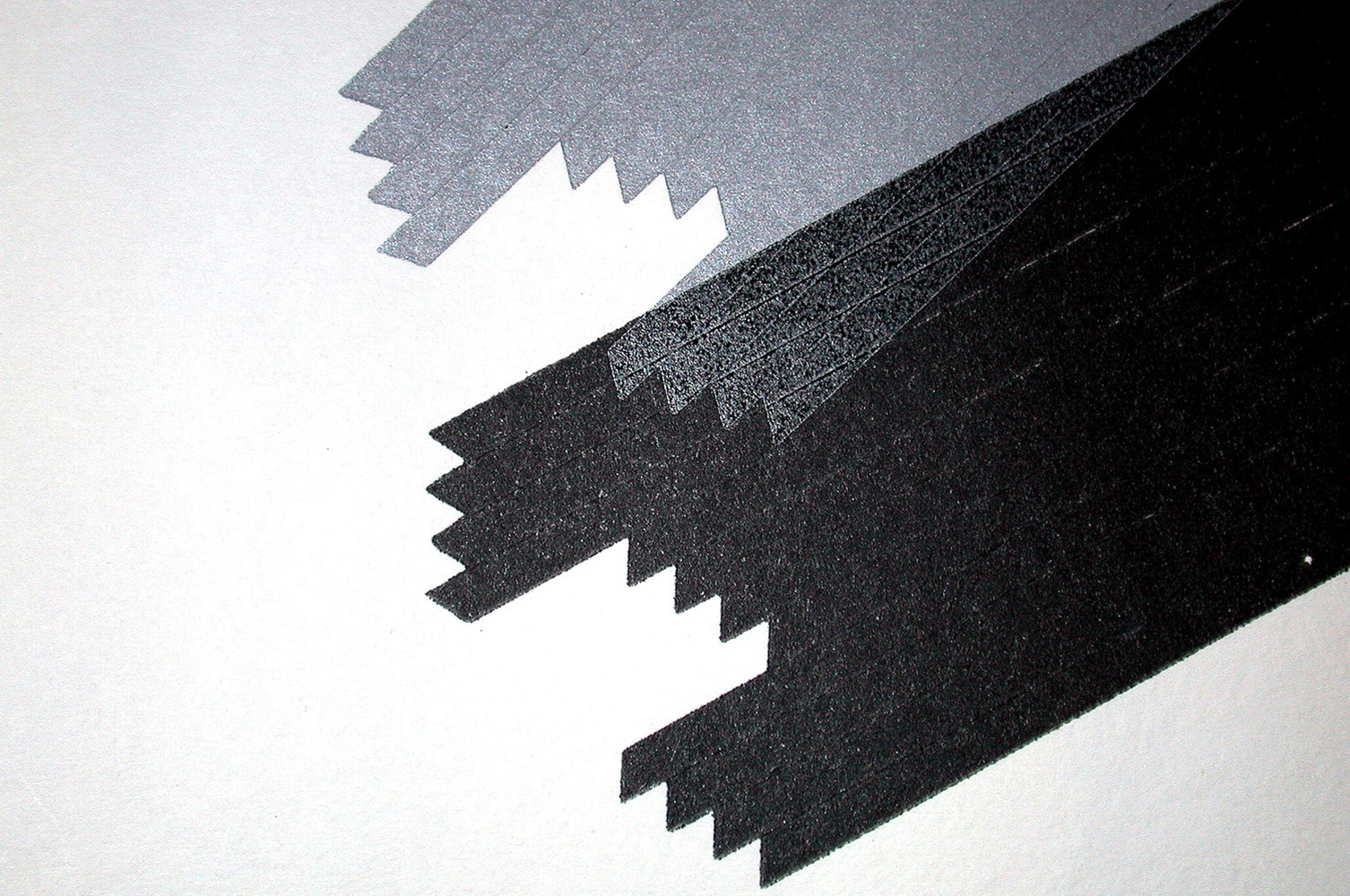 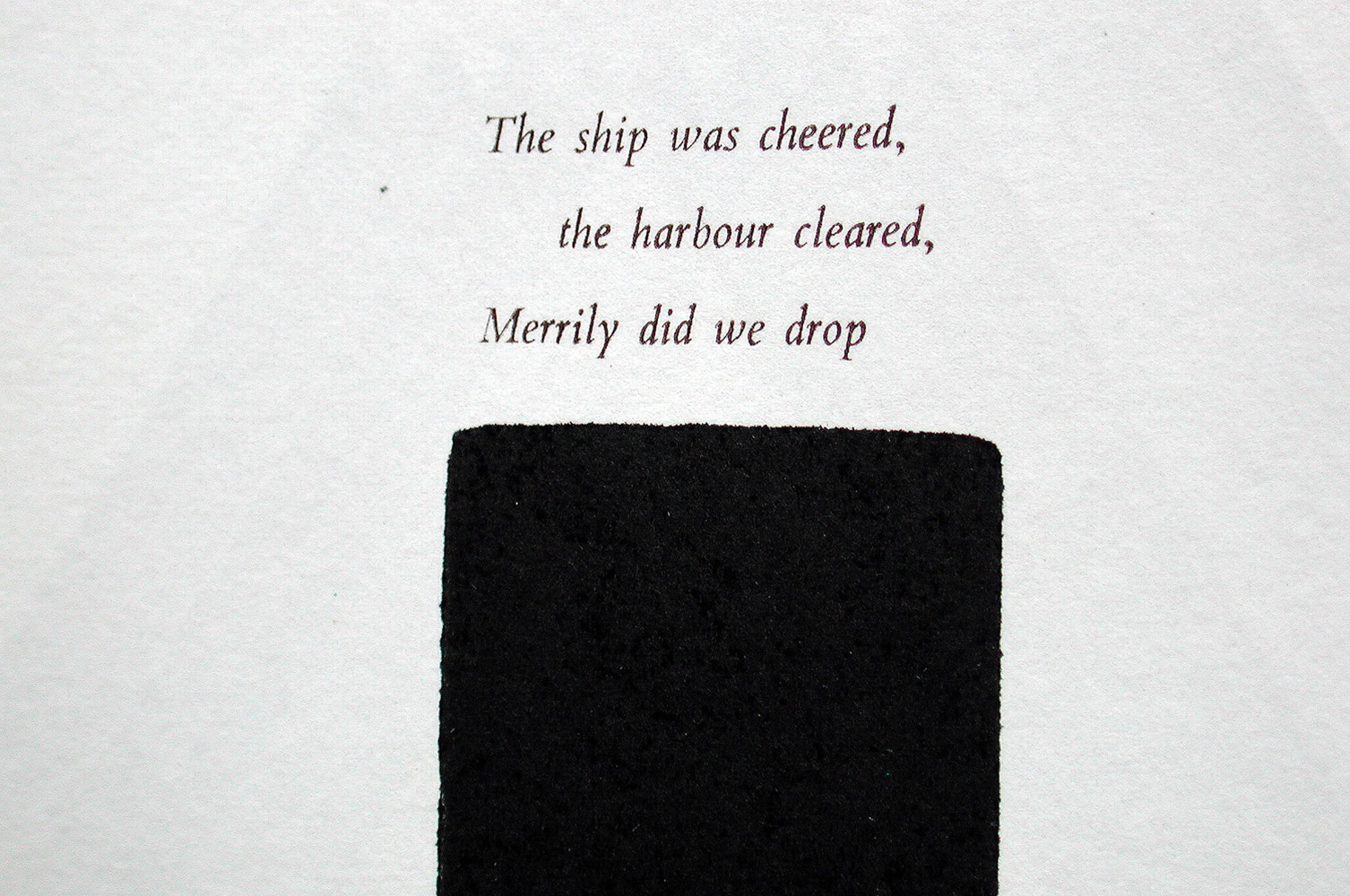 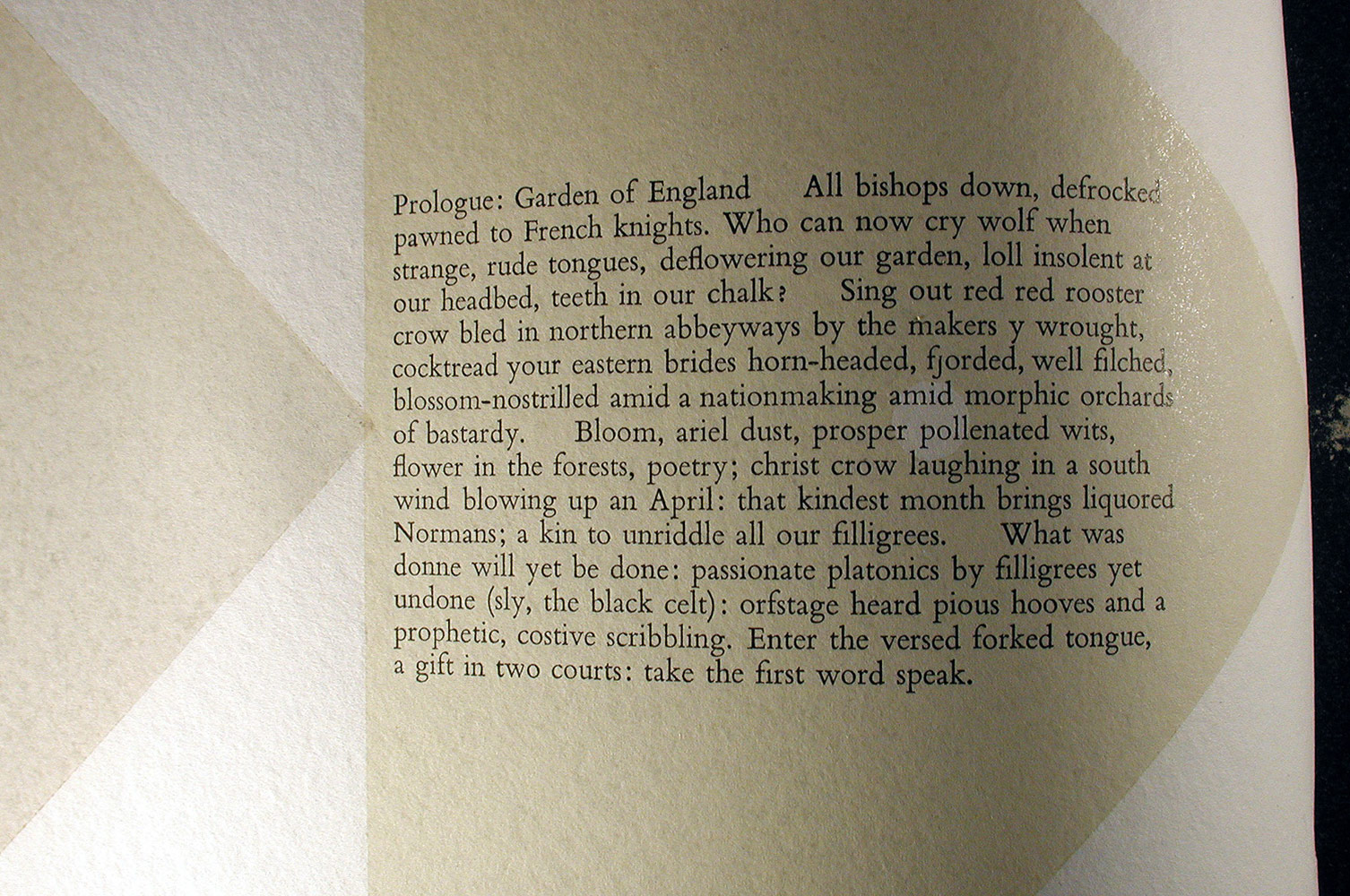 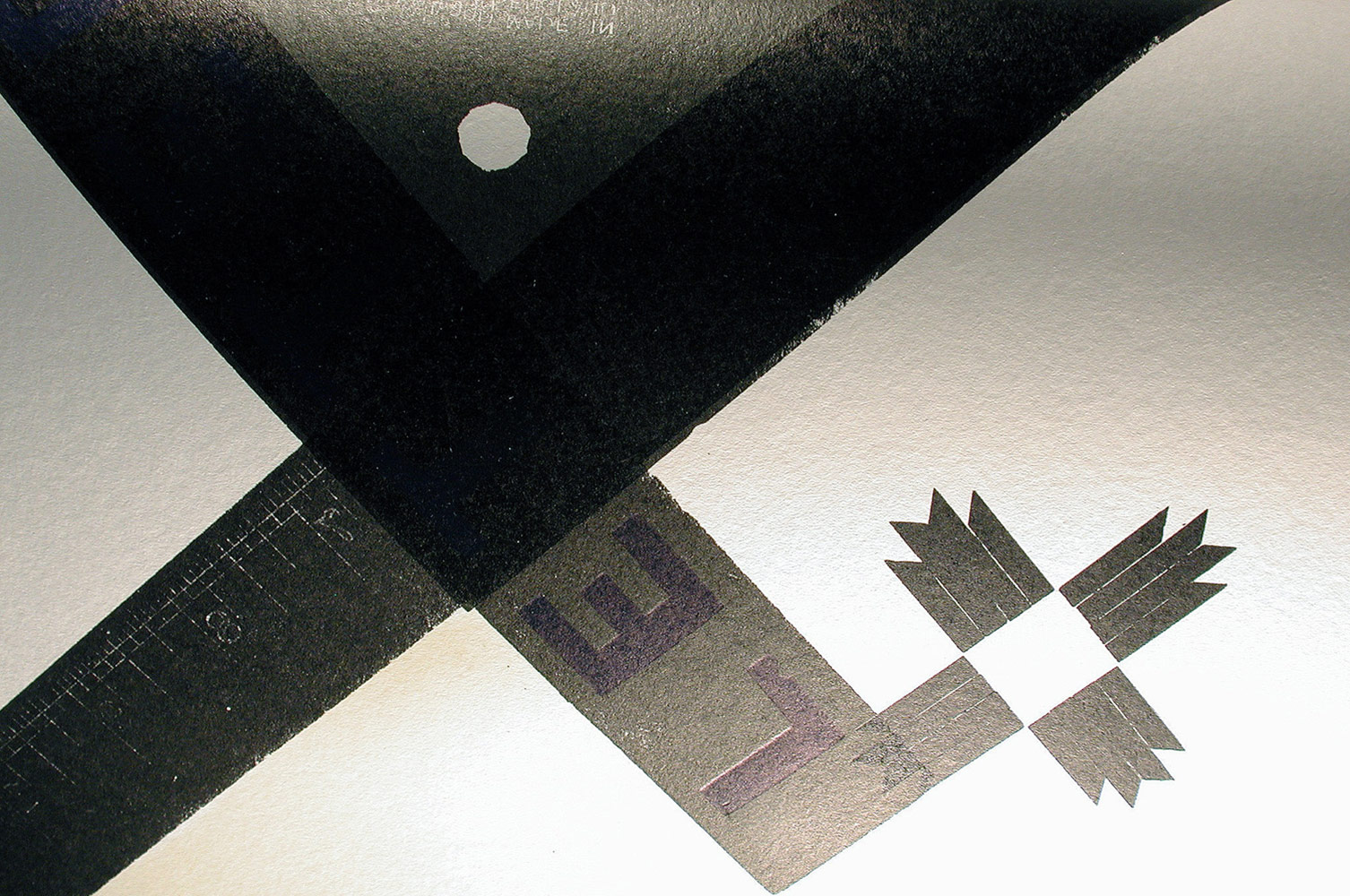 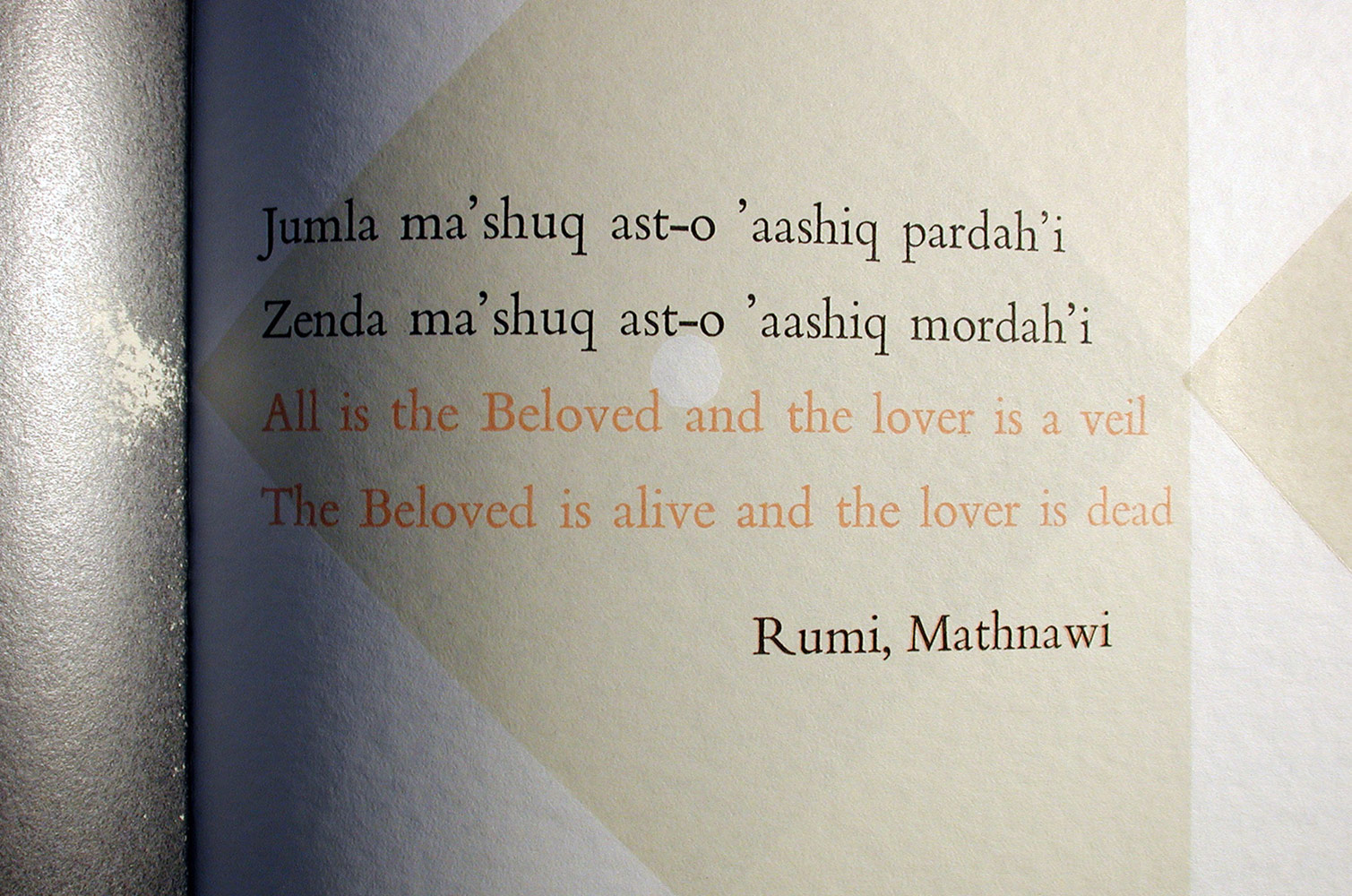 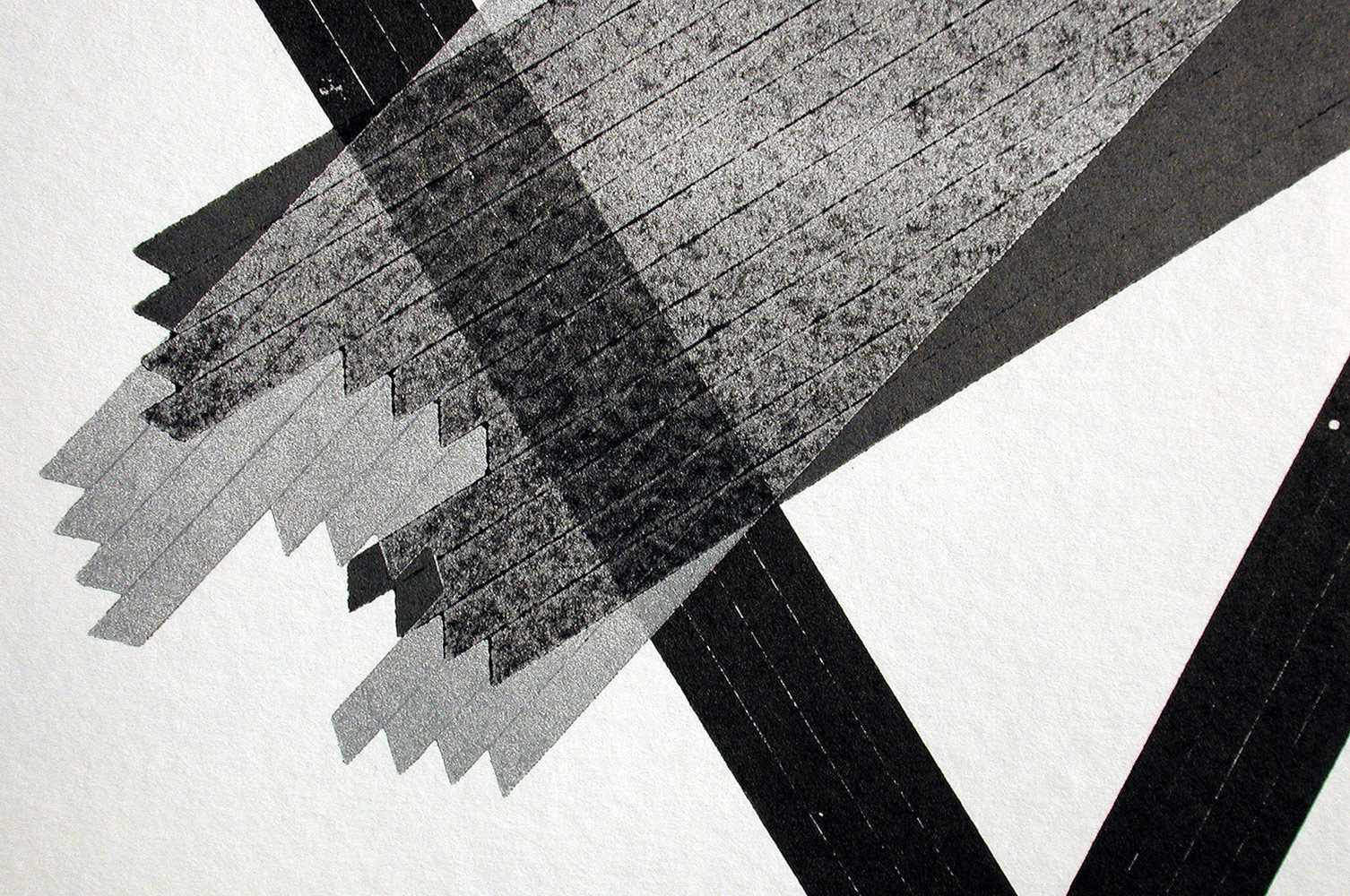 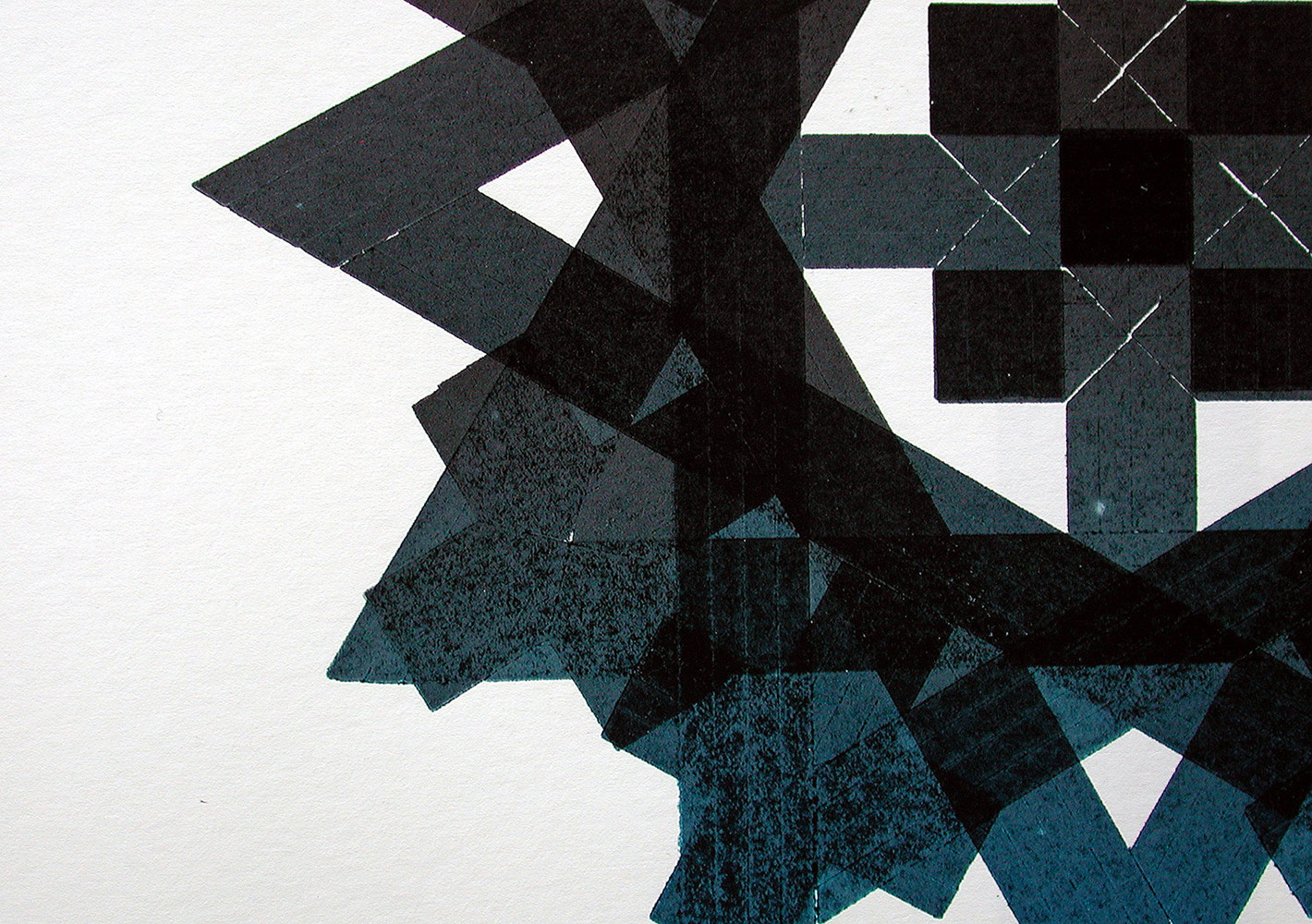 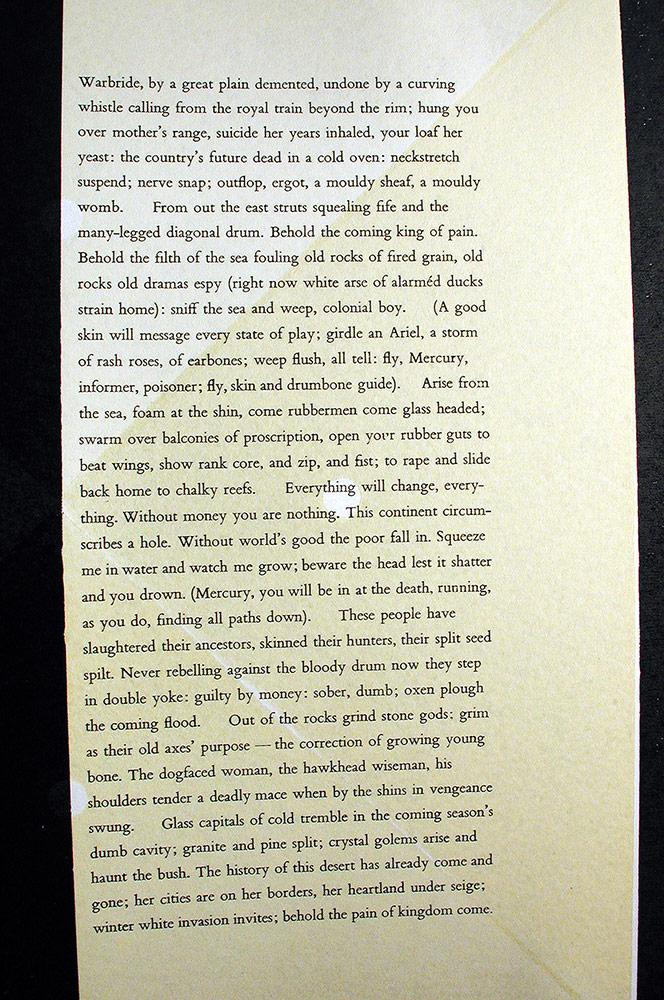 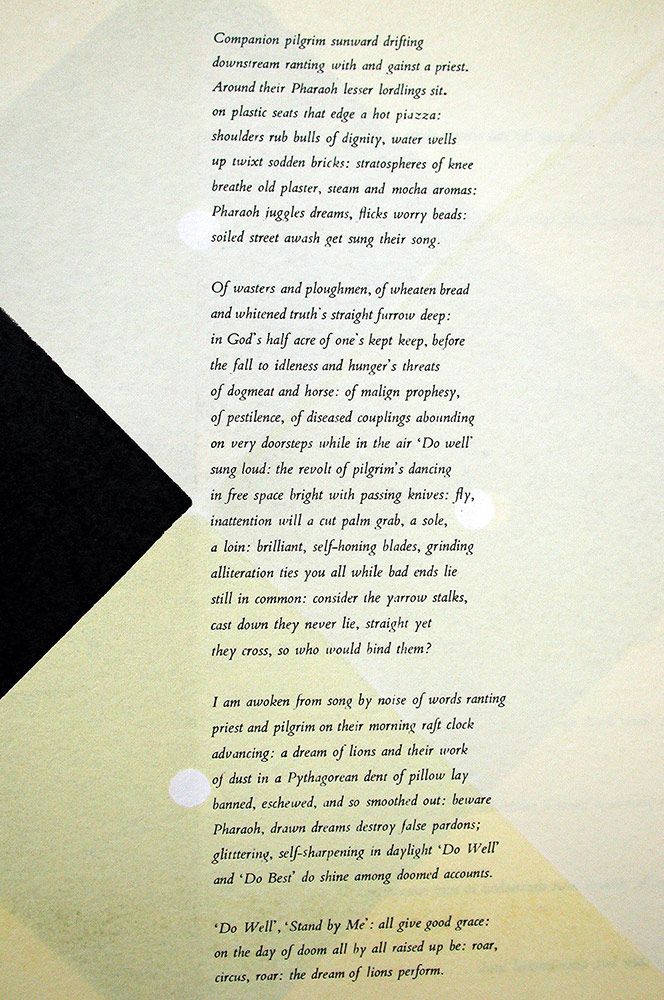 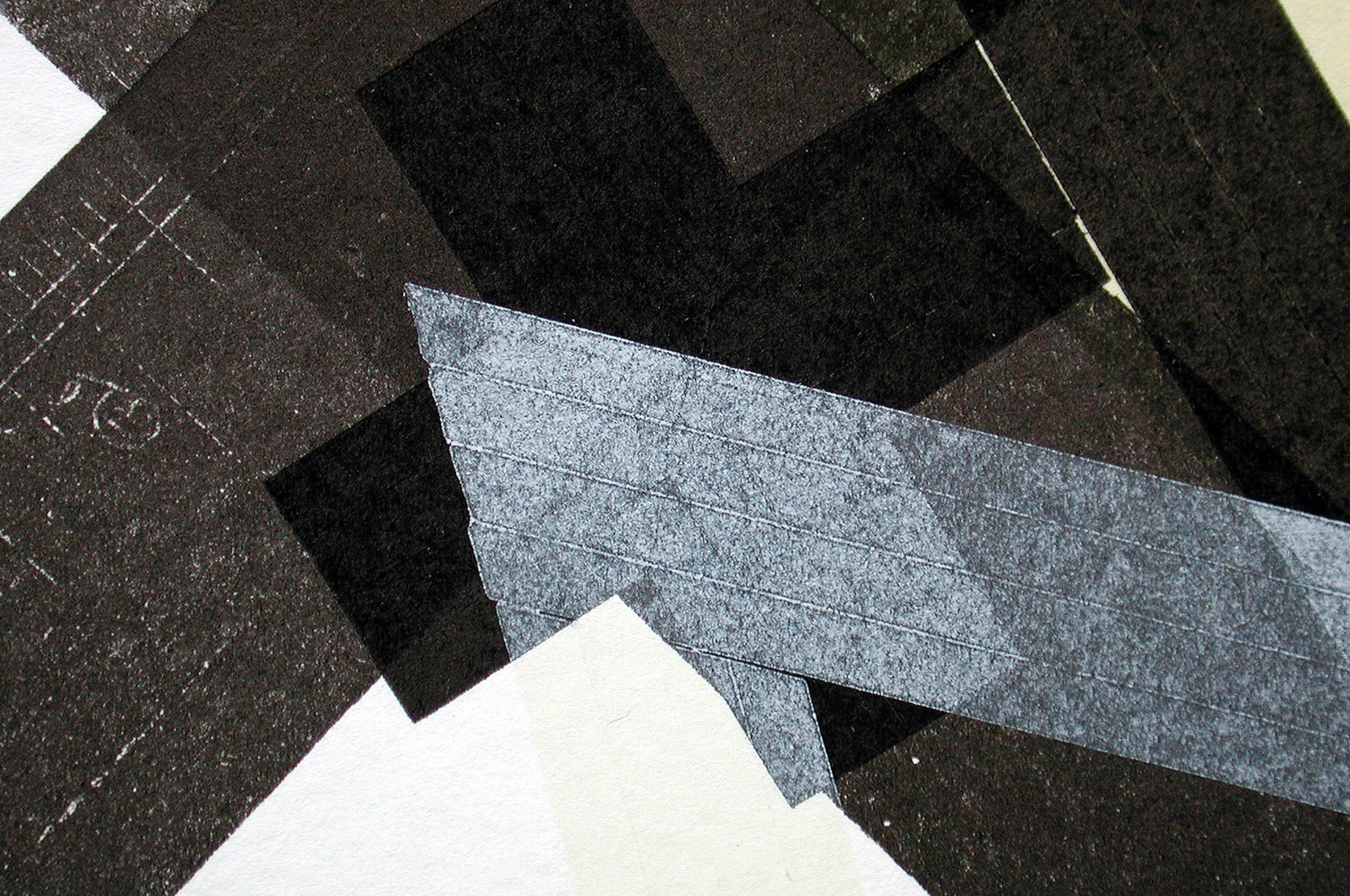 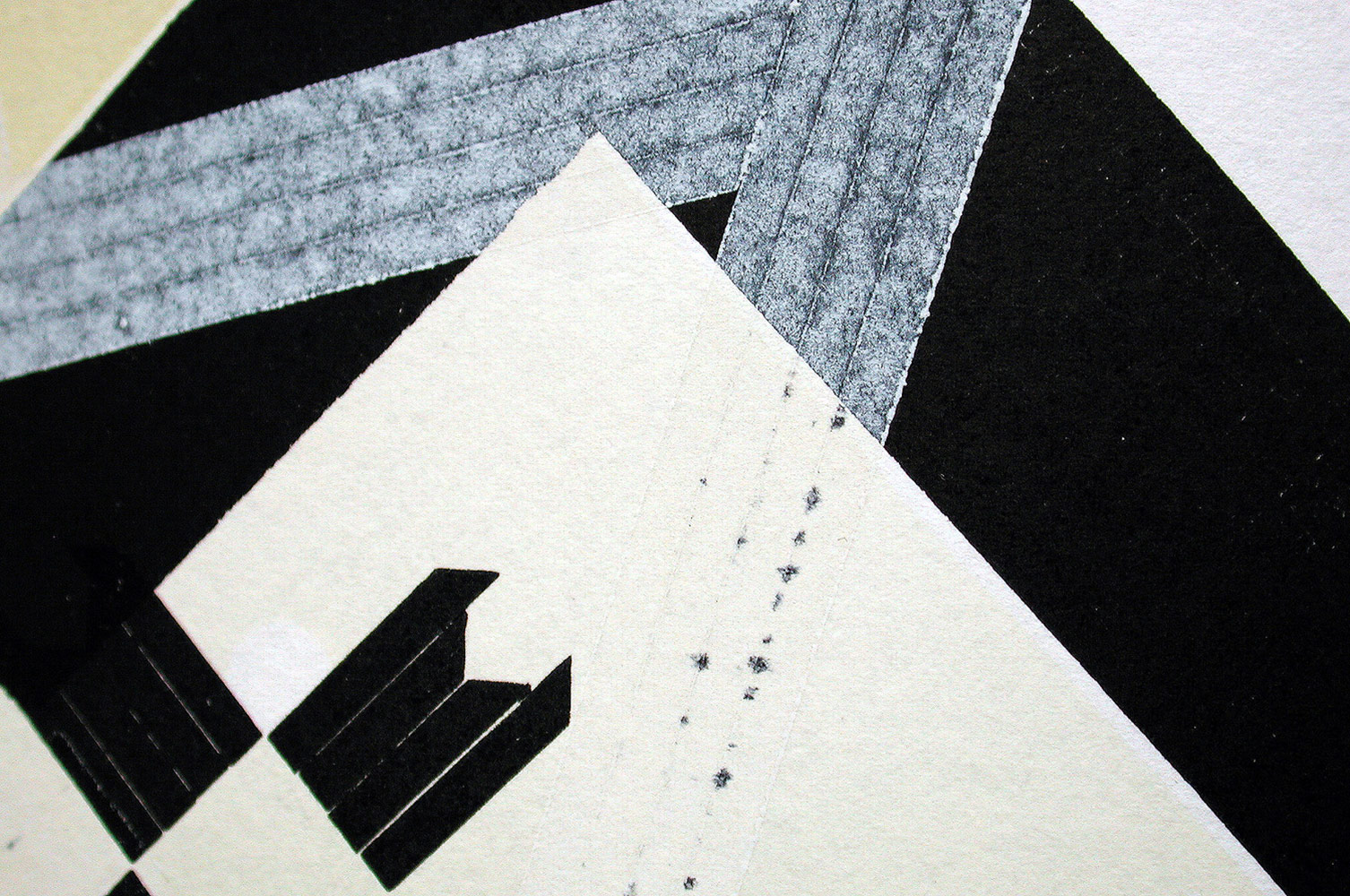 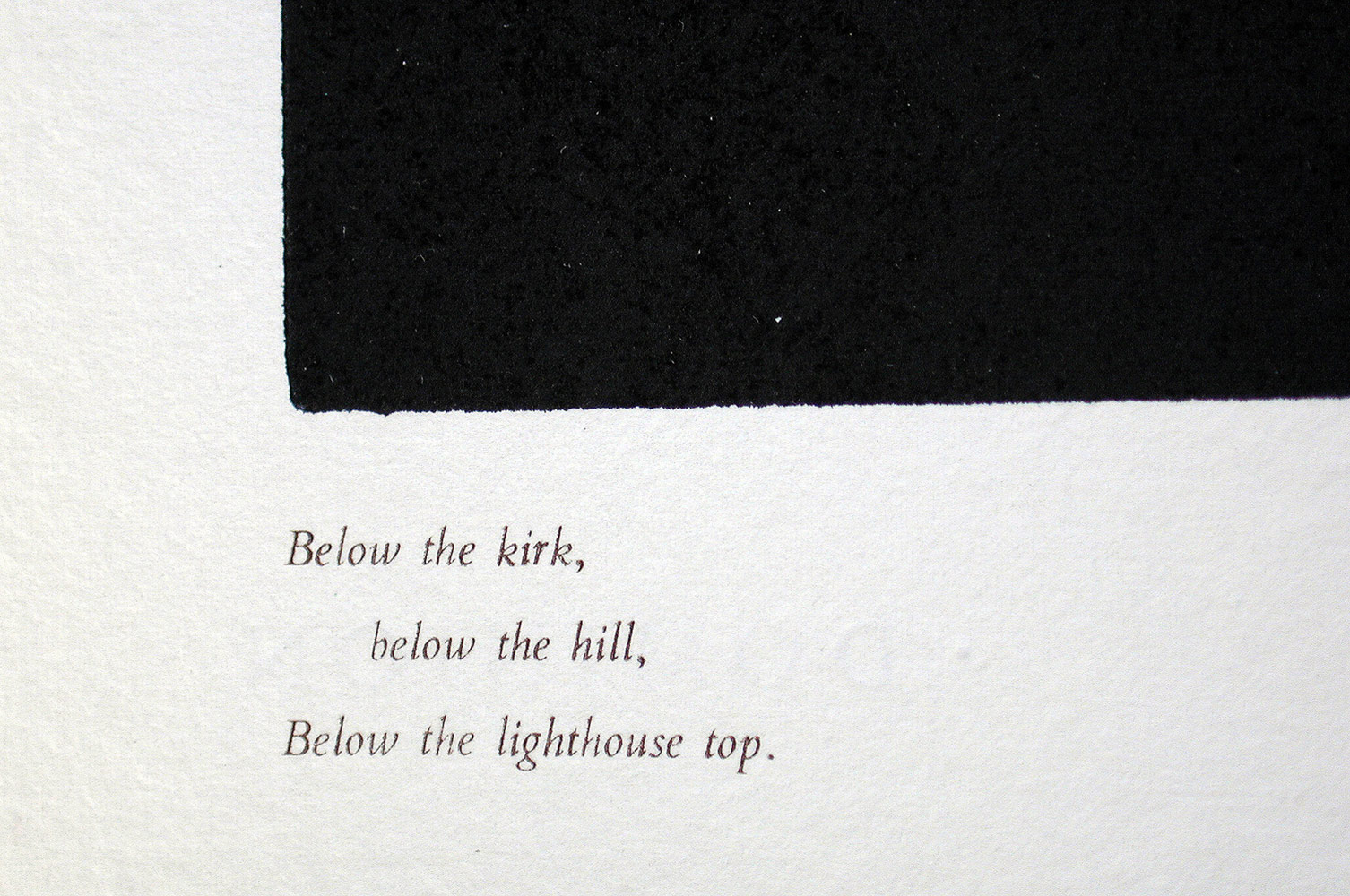 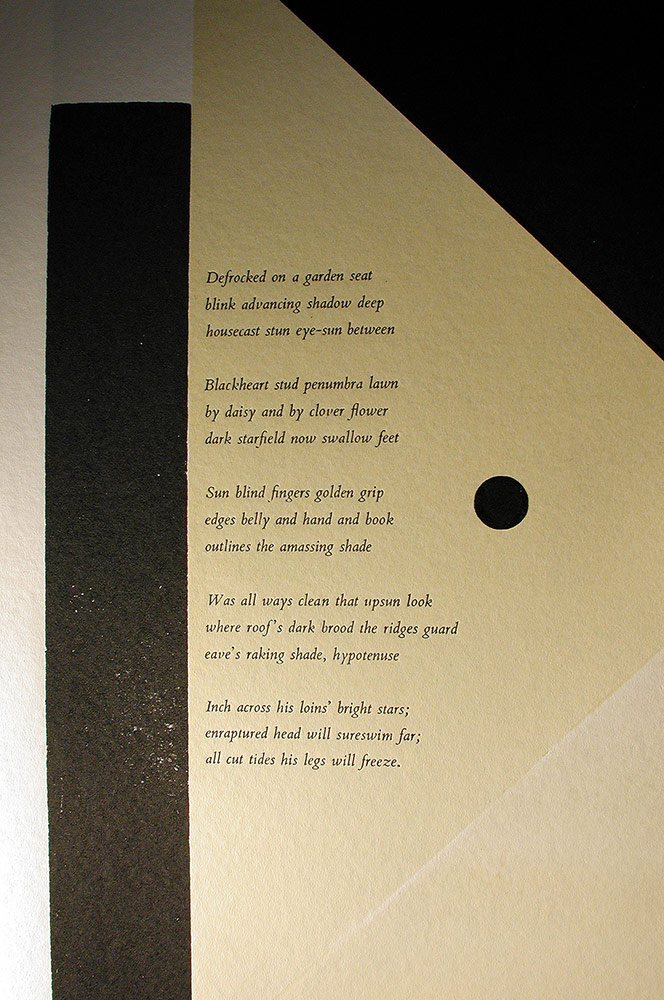 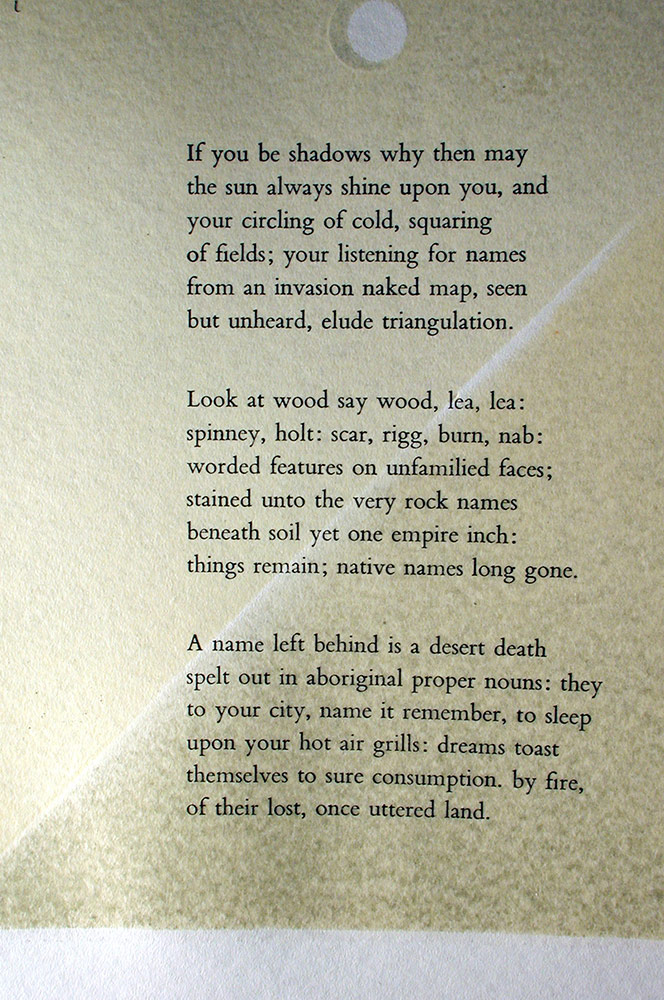