‘Tilt’ was the widest-cast net so far, bringing the most disparate things together. I wrote a poem called ‘Storm Song’ in Canada in 1981, after listening to a sung account of a maritime disaster on one of the Great Lakes (The Wreck of the Edmund Fitzgerald, I think it was). I also had in mind the vertiginous steps of flagstones up to the old cathedral at Whitby and the black flag of anarchy and disturbance. I had found some old mounted lino blocks which were random-sized squares, black flags of different sizes, and some Albertus type, rather beaten up.

While in Zürich I walked into the Museum Rietberg and up to a statue of Shiva, with limbs hanging out in funny angles, and lightning in his/her hair, all in a big wheel of fire. I can remember the statue saying to me, ‘I’m coming into your book.’ I thought, what the hell has Shiva got to do with this book about a ‘Storm Song’ and the Whitby steps and black flags? And I thought, well, I’ll do as I’m told, as ever. The following morning at breakfast I drew the figure of Shiva, with breasts, and realised it was a puppet that I was going to dismantle. I made a puppet out of zinc pieces; it is disassembled from the right-hand page by repeatedly having a piece of its body nominated by a decorative silver star. Each piece is removed and replaced on the left-hand page. Alongside this cycle of nomination, removal and redisposition, the poem accumulates line by line. In this way Shiva is removed from the wheel of fire of the material world on the right, and repositioned and rebuilt in a calmer place on the left.

Each new line of the poem is revealed between black flags, the flags being arranged to suit the disposition of the line that they enclose. A decorative border is used to re-affirm the rectilinear nature of the page to counter what I did to the cover, which was to make it tilted and disturbed.

A line in the poem refers to ‘the kingly fisher of men’. A Christ or Osiris figure perhaps, but I discovered that Halcyon, the kingfisher, mythically made its nest on stormy waters, thus calming them. This seemed to complete the circle proposed by the poem.

I also discovered, as an act of necessity, an odd process which I have called offset letterpress. To enable a previously printed coloured element to show better through a recently-applied dark solid, I immediately ran the wet page through the press again after having wiped the solid plate clean. This removed ink from where it sat on the underlying image but not from where it was sitting in the virgin paper.

The statue of Shiva that spoke to me had, unbeknownst to me at the time, been a childhood obsession of our Zurich hostess. The statue in the Museum Rietberg was accompanied by a dancing girl, who appears at each end of this book. 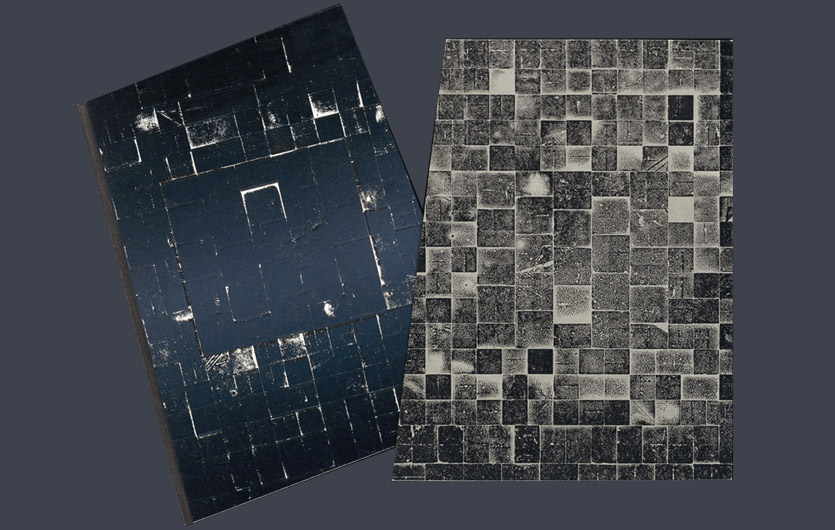 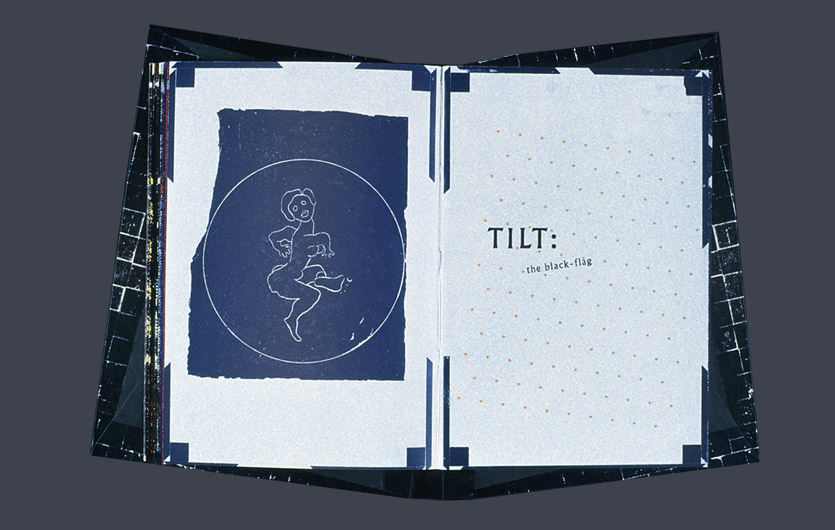 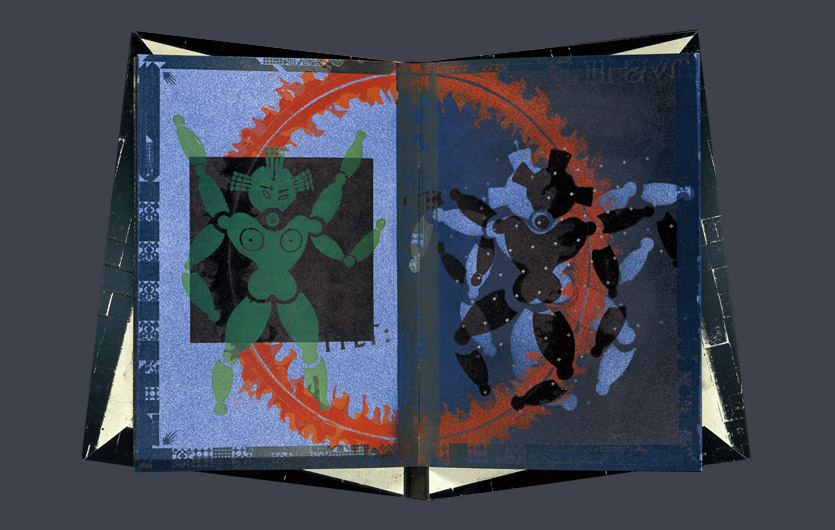 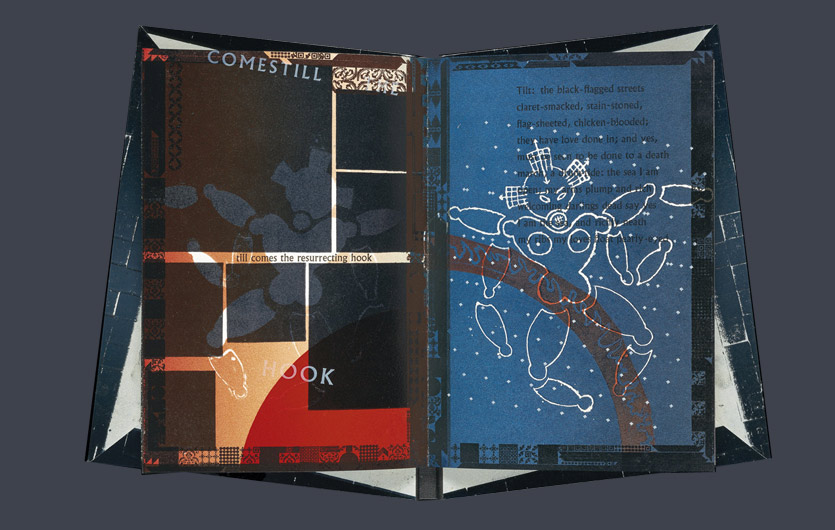 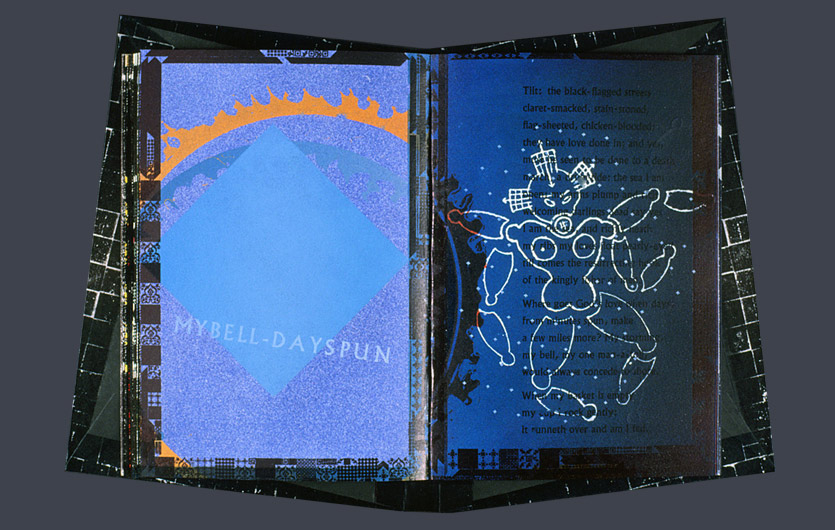 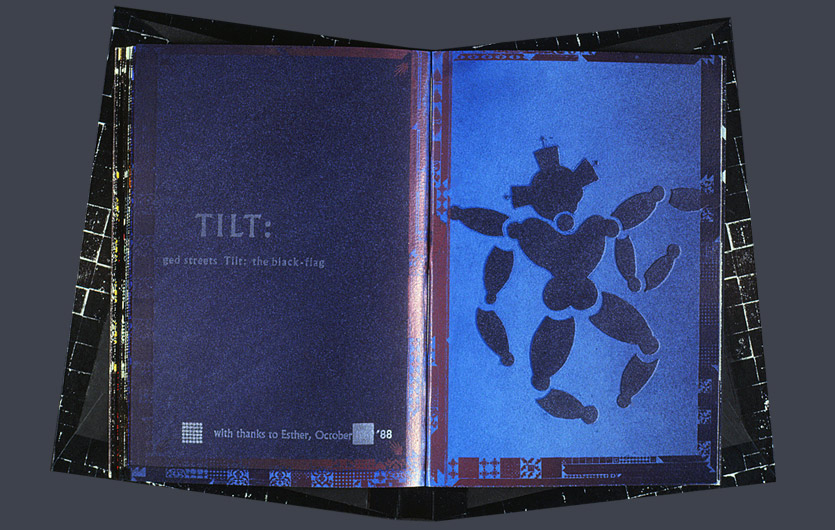 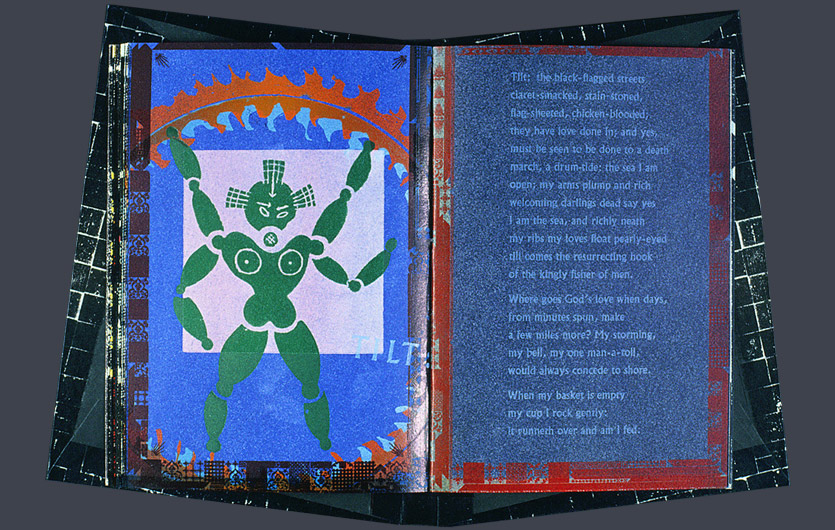 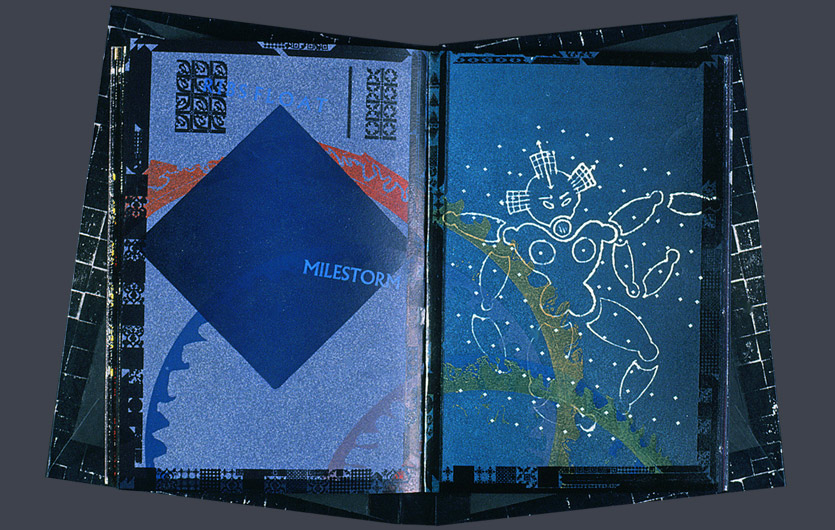 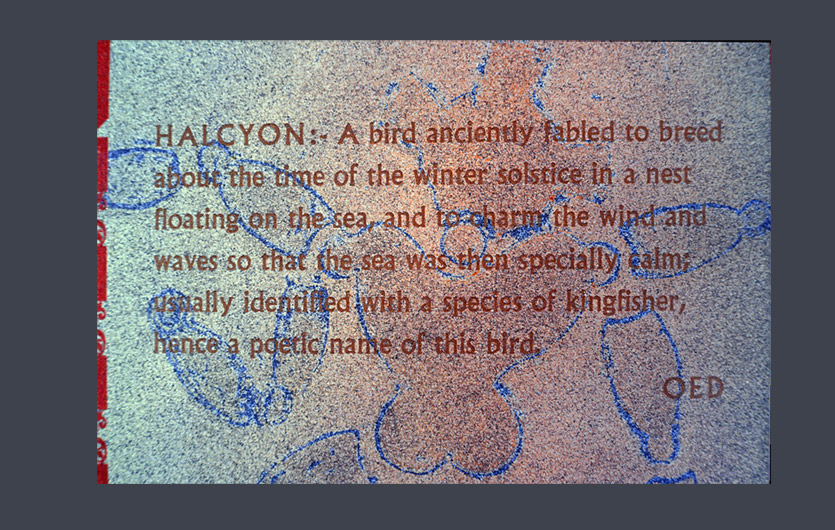