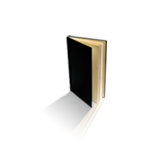 One day in Edinburgh I happened to pass the School of Scottish Studies. Remembering some music that I had heard twenty years before and wished to trace, I went in. An extremely patient lady told me it was on a record of polyphonic singing called ‘Gaelic Psalms from Lewis’: psalm 79, sung to the tune ‘Martyrs’ which was first published in 1615. This stunning music gets right to your soul; it’s very upsetting. It is a style of singing that arose because the Gaelic populations of the Western Isles had no psalm books in their native tongue. Consequently a form developed whereby the Precentor (or priest) would sing a line, and then the congregation would follow with great passion and devotion but, being Scots, often at their own speed. This action produces great waves of sound that sometimes start before the Precentor has finished ‘singing the line’.

I got a friend of mine, Stuart Elliot Rae, to transcribe the music for me, and translate the Gaelic to match the text with the music that was being sung. Then I put the note being sung at the top of a stave composed of brass rules. Underneath, I put the syllable that was being sung in Gaelic in woodletter, then below that the Pictish Ogham script equivalent, again in brass rule (Ogham is a Celtic script consisting of grouped lines). This looked faintly martial and certainly not Roman. I thought I would show Gaelic as a thing of beauty. The colour in the book was celebratory: it goes from cool to hot, with royal purple and gold and silver. Each new stanza starts with a representation of the saltire, the St Andrew’s cross, printed from a cut zinc solid that just kisses the small wavetops of the Zerkall paper to appear like granite. The notes are represented by Bembo italic capital Os set on their side. These are strung together at the end of the book, to make the chain that went from the tongue of the Celtic god Ogma as language binding all men.

As with ‘Father’s Hook’, I tried to make this book as simple as I could, allowing such typographic skills as I may possess to carry its elements as a chant for the eye and the heart. The English, in progressively diminishing sizes, is at the back.

Copy number one of this edition now rests with the Stornoway Congregation on the Isle of Lewis, whose recorded singing inspired its making.

The book is dedicated to those Scots who, circa 1800, when they were but 3% of the population of this nation state, nonetheless supplied 38% of its infantry. 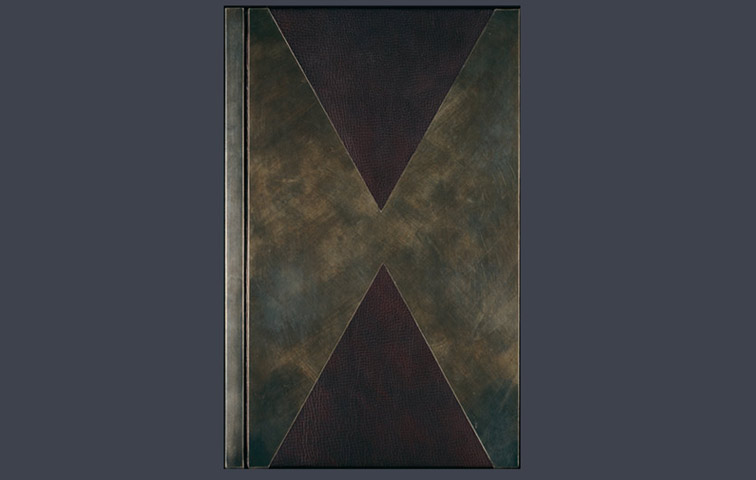 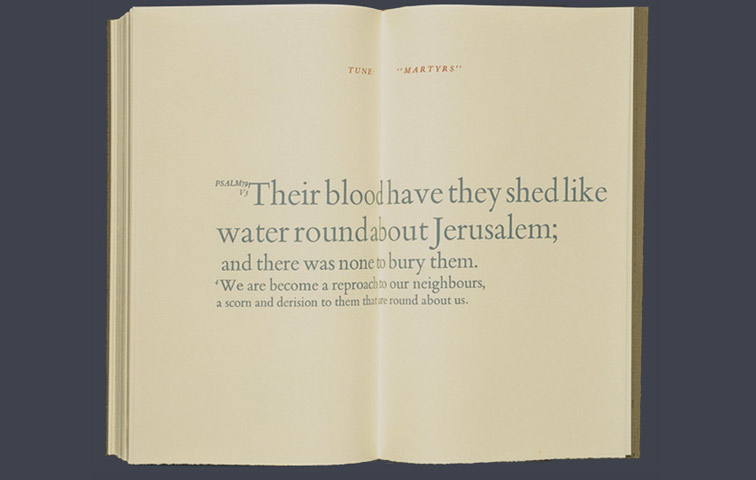 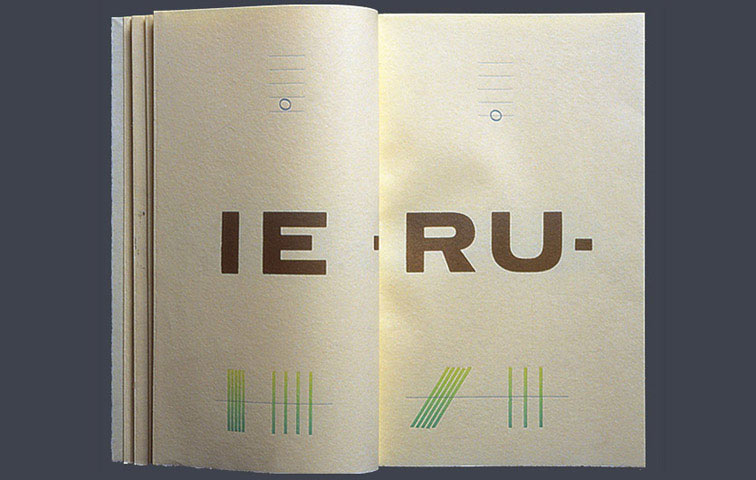 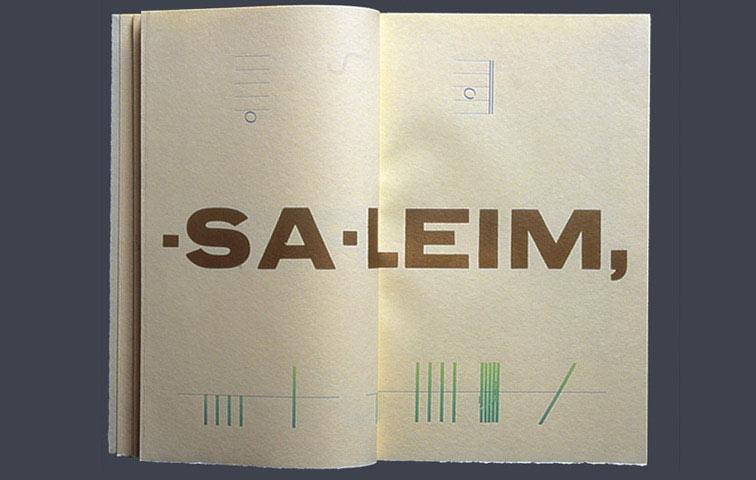 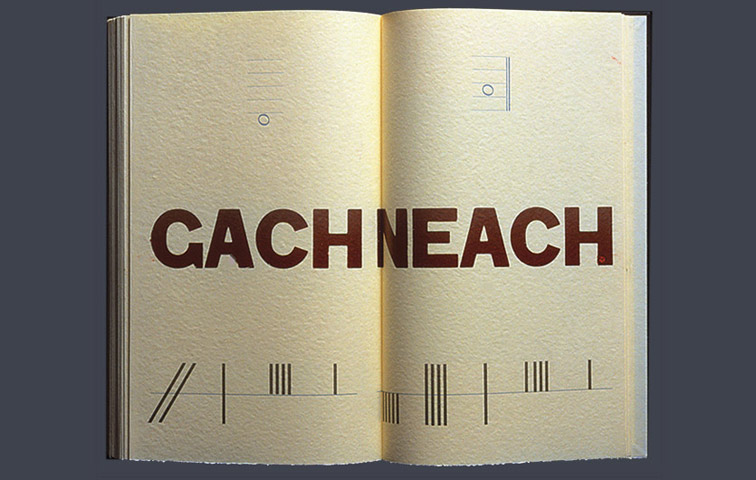 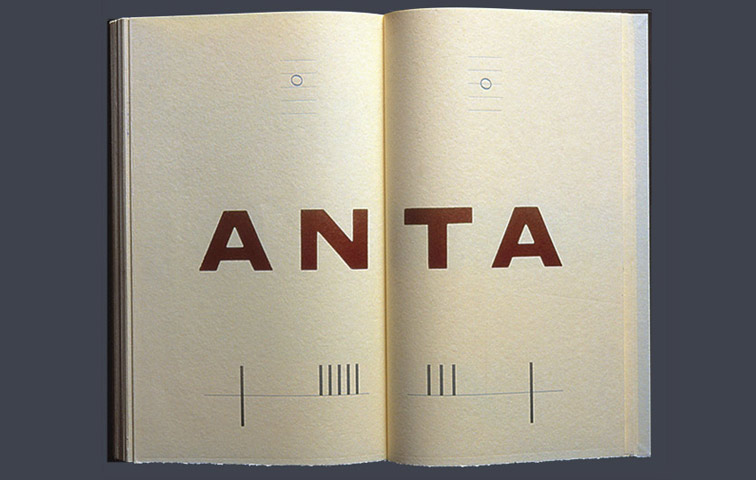 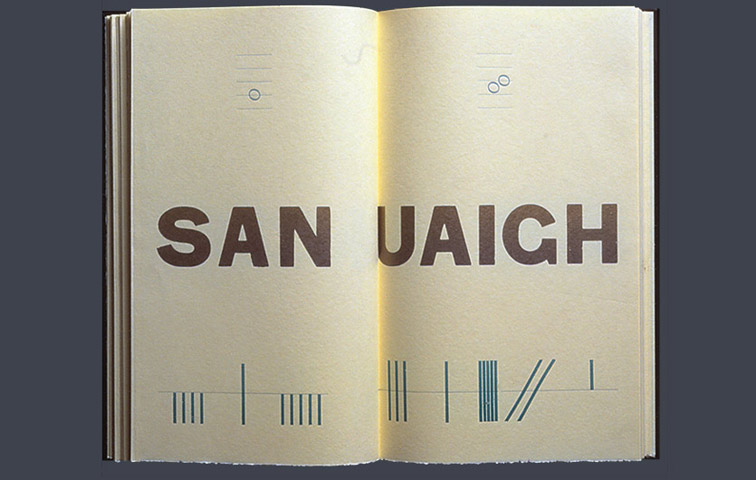 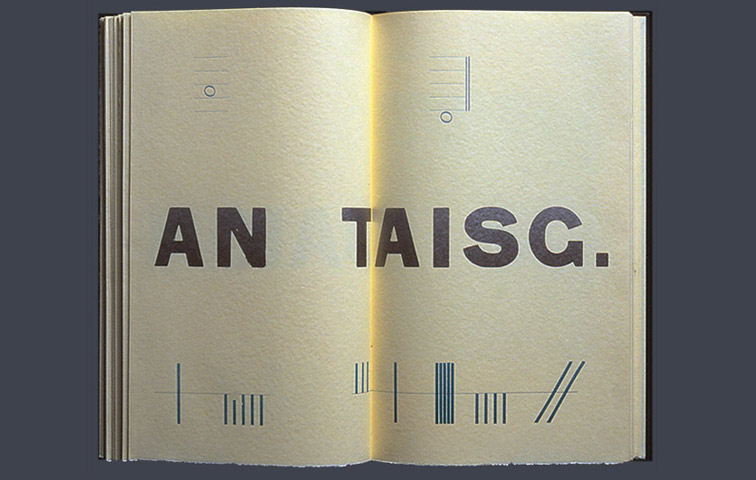 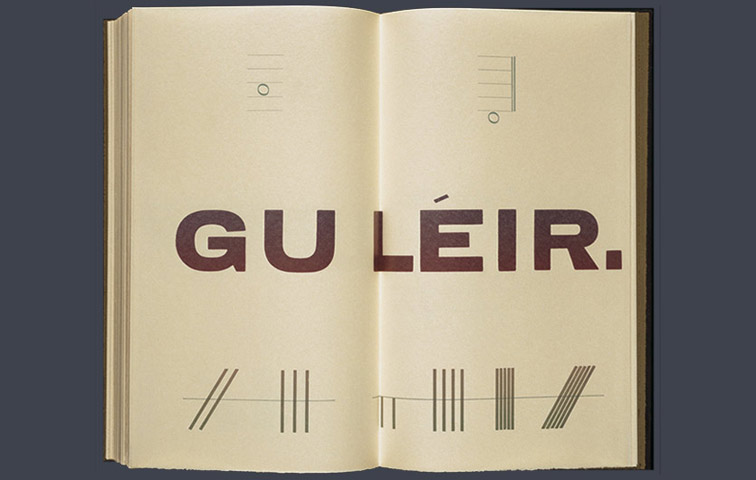 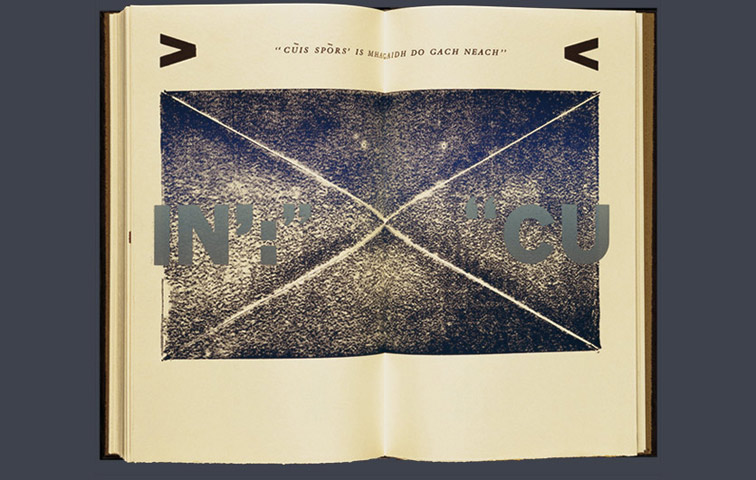