The recent visitation by Halley’s Comet, and its image upon the Bayeux Tapestry, brought forth a poem about comets and a divine child descending; a rather pagan Christmas carol. The poem is set in airily spaced woodletter capitals, and is alternately revealed either in white space or on a dark, starry backdrop. A comet appears. Its form is gained from the back leg and tail of a dark horse that moves about the printed firmament. The horse is sometimes dismembered, and sometimes whole.

At a Christmas dinner in Oxford I found a party cracker on the table and opened it and found, along with the necessarily silly paper hat, a little plastic thing like an articulated hat rack. It was a horse that you could open and shut. I asked a lady to my right what it was that she did. After no little thought she replied ‘My husband is a linguist.’ I thought, I’m going to do a book about these bizarre conjunctions. Halley’s Comet, the horse, and this poem in my mind. I cut out a zinc horse in its different attitudes, opened and shut, and moved it around a firmament of stars. The stars were holes drilled at regular grid intervals in a solid zinc plate that was to supply the blue-black night sky.

The text is given in very few words for each page. At the end of many of the pages I show the first word of the next page at the foot of the text to give rhythm and to echo the tradition of cueing the eye for what is to come overleaf. Set in capitals about an inch high, the poetry runs from one left-hand page to the following left-hand page. On the right-hand side is a big blue firmament of graded colour with yellow printed underneath to give a little light to the dark horizon. Sometimes the stars are white and sometimes yellow, to give a very mechanical but velvety rendition of the sky in regularly spaced stars. Over this disports a horse in black, a metaphor for the comet; a metaphor for the divine child descending.

On the slipcase and the closing page the horse’s tail has been distorted to give a fiery tail of a comet. This book is where the hooves touch the ground. 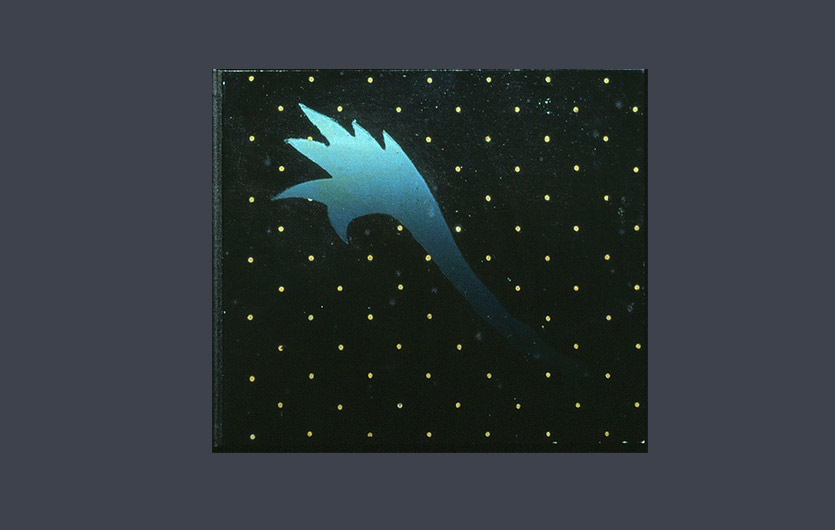 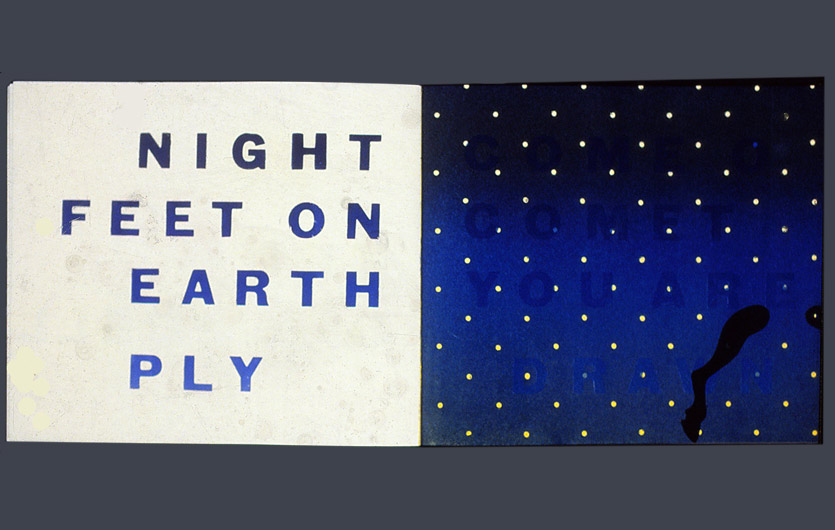 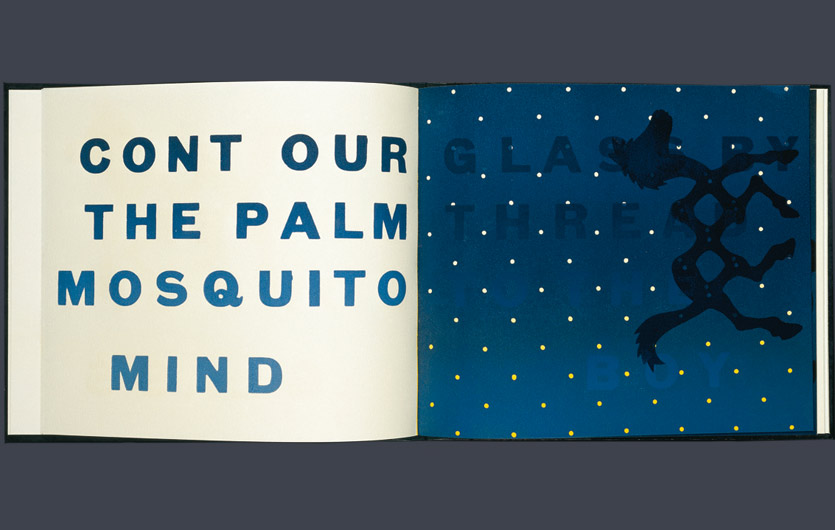 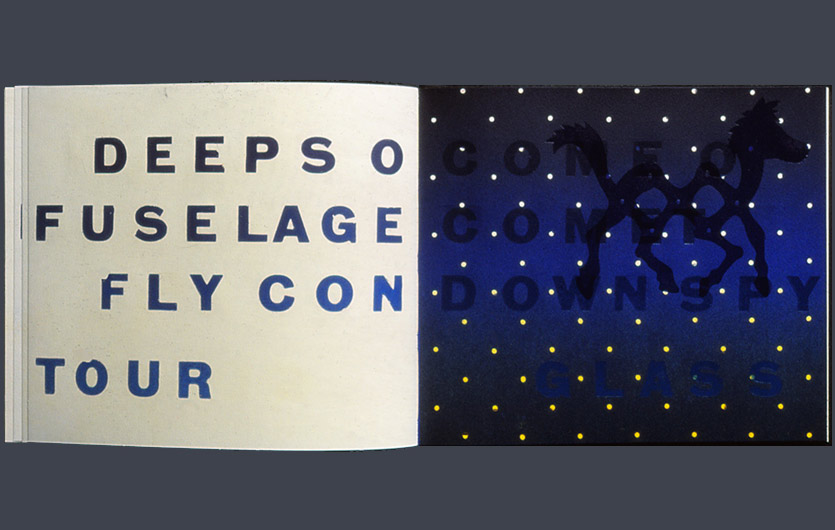 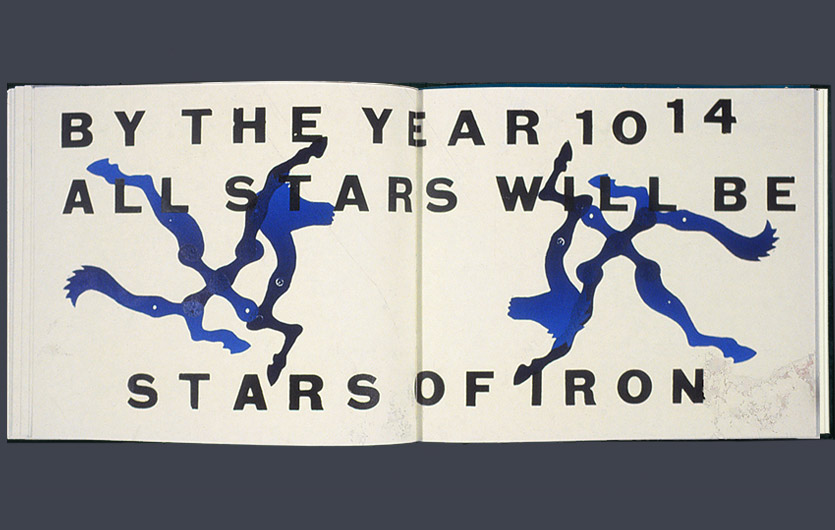 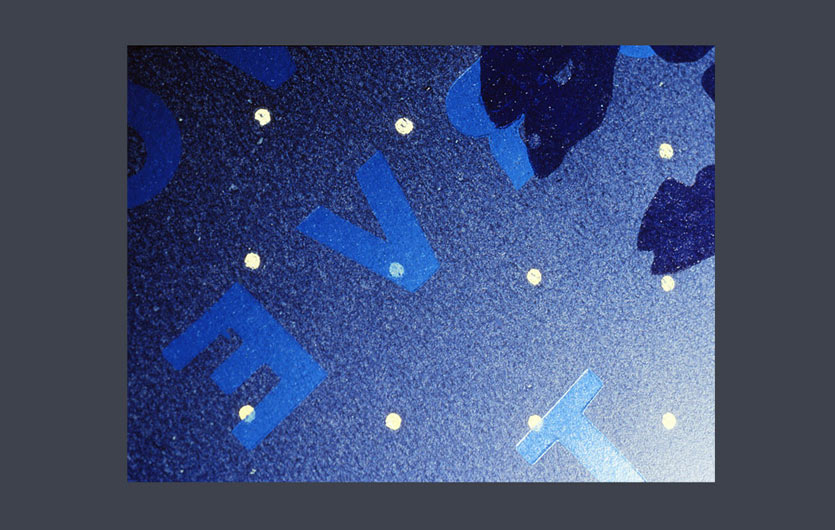 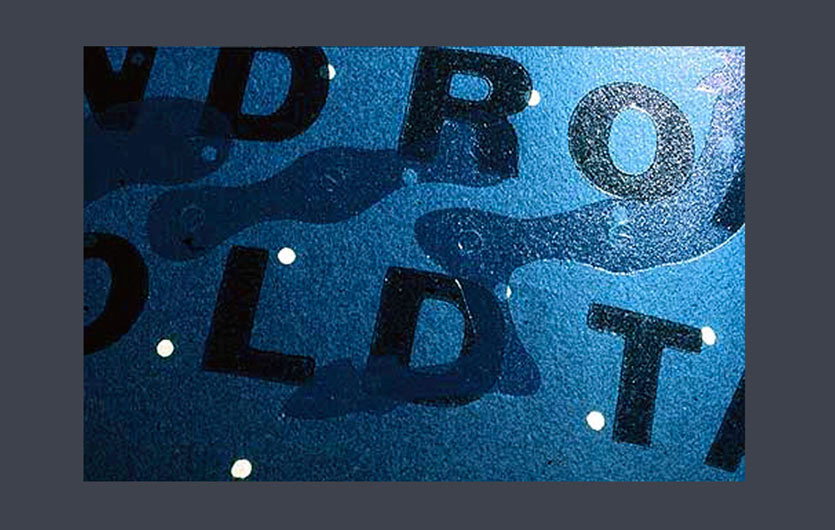 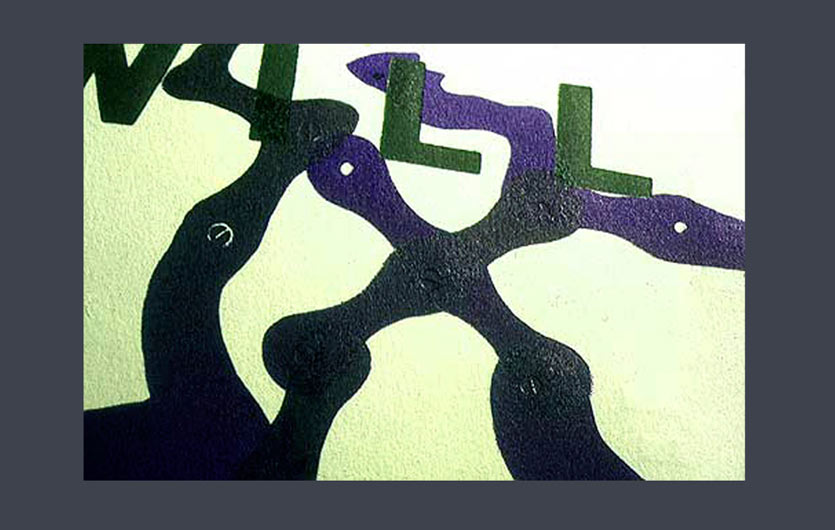 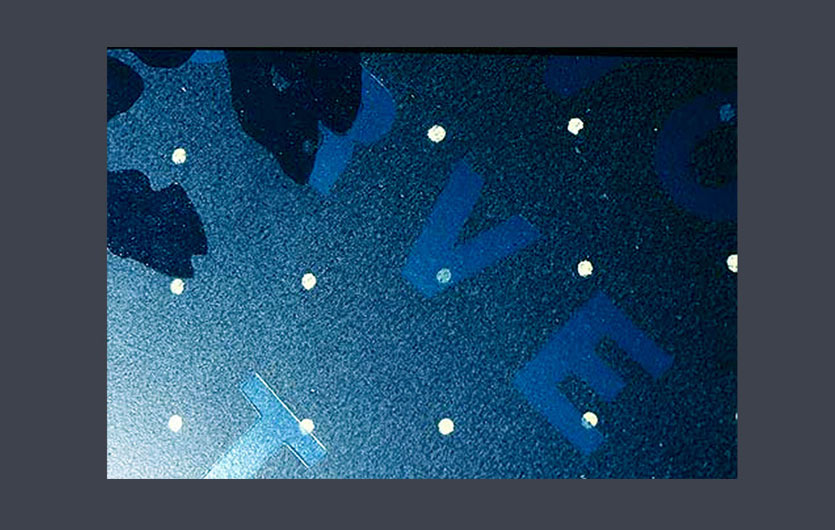