Polychrome letterpress from composing-room materials, wood blocks, zinc and polymer plates. Many images derived from photography by Esther May Campbell and digitally re-worked by the artist. The book is Japanese sewn onto five flat bands and bound in alum-tawed calf; it is contained in a drop-backed box.

A nigh perfect building, the Pantheon allows the sun in its declination to pass an ellipse of light through the oculus, the round hole in its domed roof; thereby describing an arc about the inside of the dome. This arc illumines and is changed by the local detail: the coffering and the architraves from which the gods have fled. Thus a thought as illumination from without may be moderated by that within, and the outer world so deduced. Which proposes the Pantheon as a model for the skull. The calf binding suggests a scalp, within which the book sometimes takes a notional stroll.

The skin of the building shows sets of receding four-sided figures: the coffering. In the book a grid of wooden squares is printed, at first to suggest Roman building and pavements; and later more wildly interpreted as the torch of attention swings repeatedly around the four corners of the page, and offering combinations of image, colour and form. Light from without finds the face in the skull. A portrait from within. Four becomes three, and thereafter becomes the dualities of left and right, day and night, two banks of a dark river and a single corpse that, during conception, never gained resolution along its material mid-line. The head floats as a vanishing ark on the amniotic flood. You are invited to both sink and swim.

I have emphasised the structure of a book by having the Chinese binding confined by a European case. This makes the pages sit up when opened so the book is never seen flat. I also pursued, as in ‘The Word Returned’, ”sWings, ‘sWings’ and ‘Firedogs’, and the very first book ‘A few ways through the window’, the reversing of the order of images and texts for symmetry in the opening and closing of the work. For instance the Sanskrit MAHA and AHAM as proto-words; for instance at the book’s beginning and at the book’s end this maker is seen to hand in the wand in the hand. This book was four years in the making.

Ken Campbell’s ‘PANTHEON’ is possibly the most austere and uncompromising of the 20 publications he has made over the last 25 years and a homage to one of the architectural wonders of the world. The brutal yet beautiful structure of the building dominates Campbell’s book and he sets his themes within a framework that makes constant reference to the letterpress printer’s tools: there is a series of architectural photographs, a sequence of computer-manipulated images of the artist’s head and a group of repeated texts worked into a grid of wooden blocks. The grid is repeated in some form on almost every page, establishing a rhythmic undertone.

The patina of the many overprints Campbell uses to achieve infinite variations of colour and depth is highly seductive. In ‘PANTHEON’, however, seduction is held in check by the unprinted edges of the page. While the grid suggests the geometric order of Roman design, the insistence on marking the threshold of the image makes this book more self-referential than previous work. Within this grid Campbell builds up a work that speaks of desolation and of belief. Repeated brooding details of the building are set against the photo-negative portraits. The head is manipulated to resemble a mask, a bust, a phallus and, in one central image, the skull of the great black dome. The face of the artist is shown as a dead thing; as Campbell announces, this Pantheon is both temple and ‘Last House’.

Campbell’s texts function in complex ways; there is seldom a linear narrative. Texts are set as images, and in tandem with images They are broken up and meaning accumulates gradually through the pages. Words are repeated and fragmented; understanding them becomes an act of excavation. 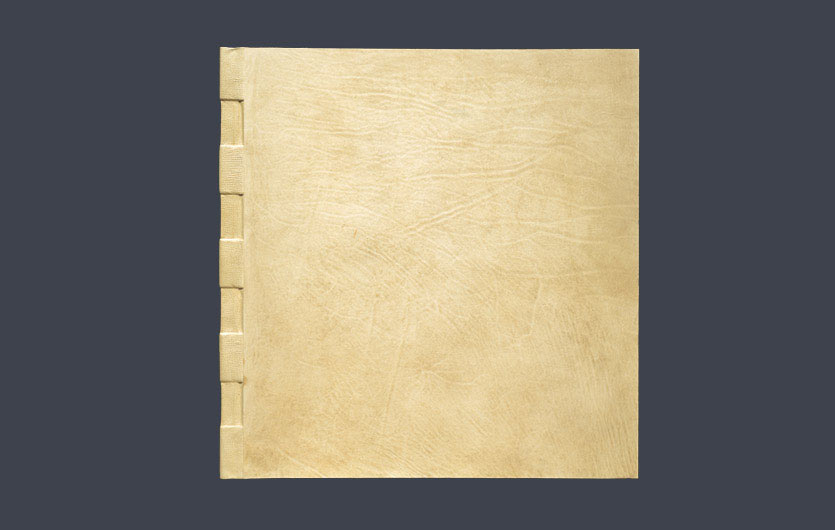 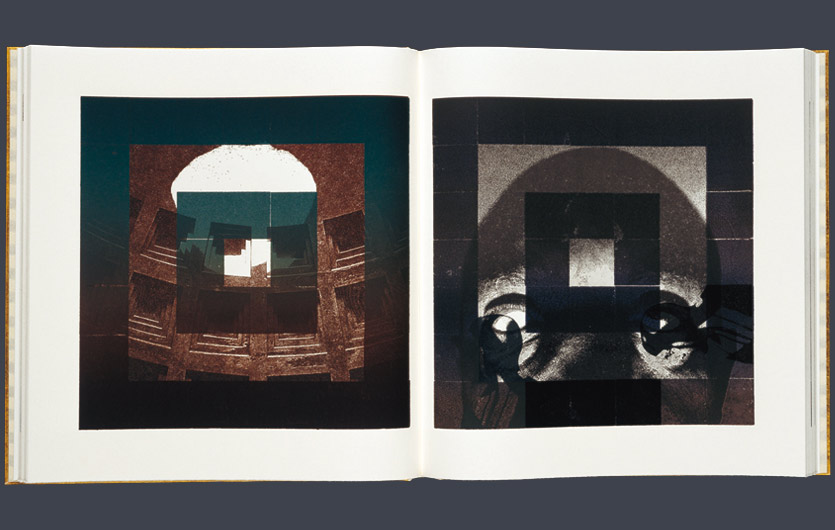 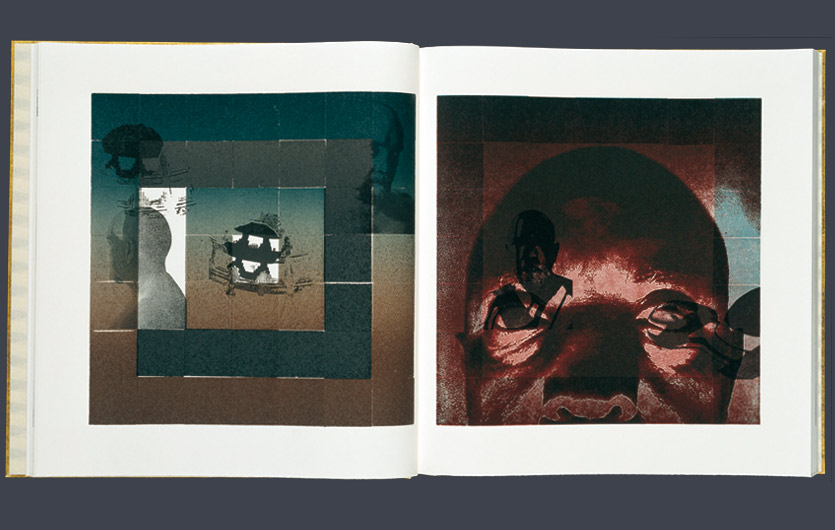 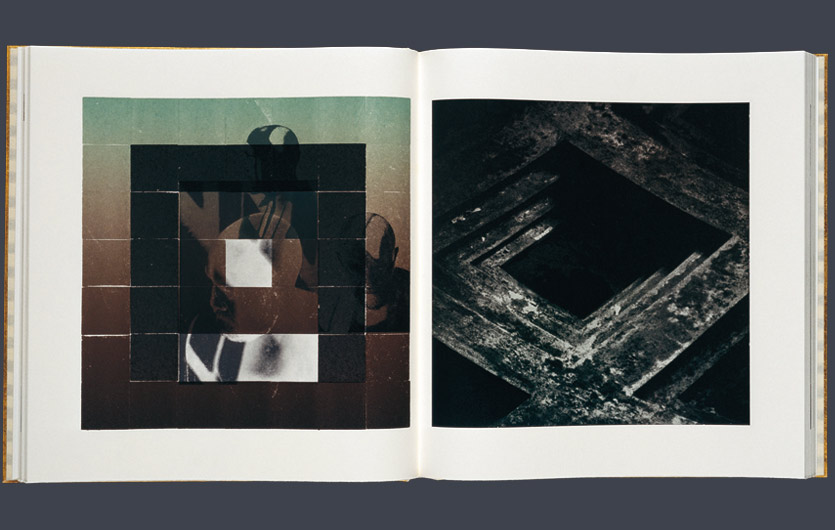 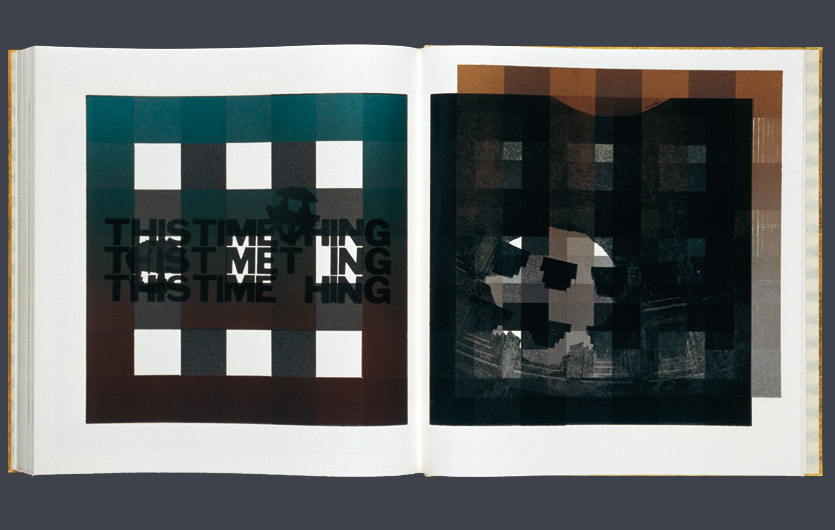 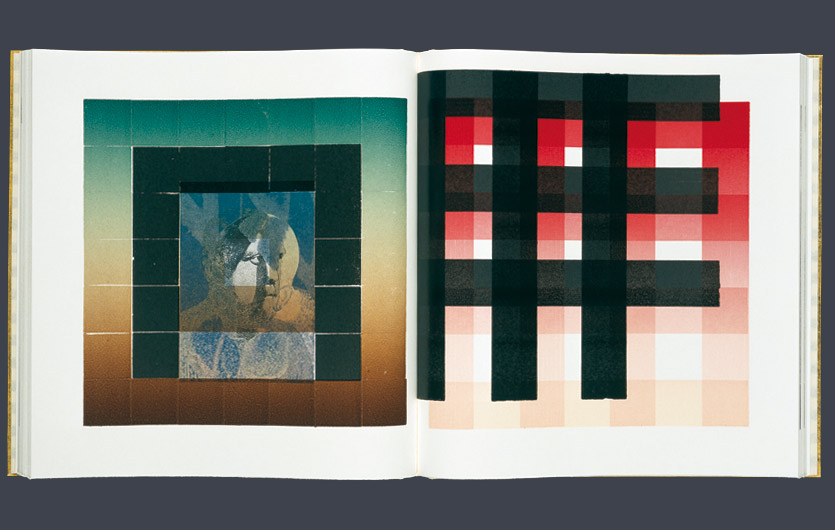 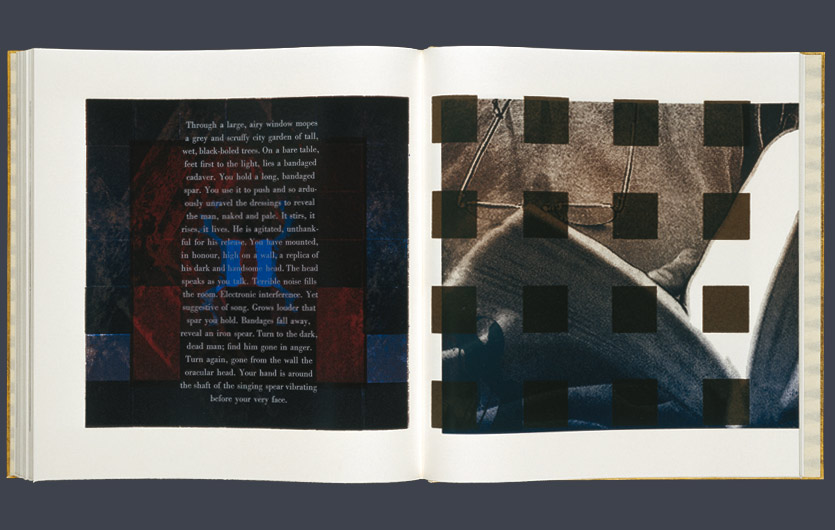 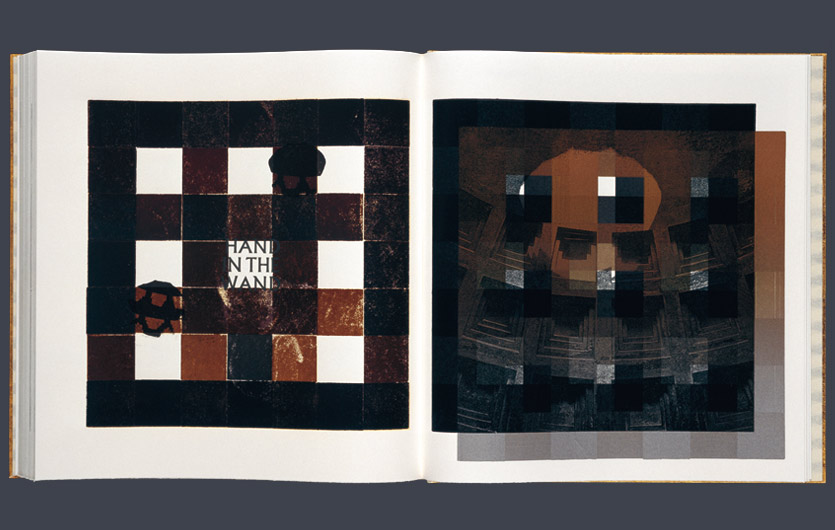 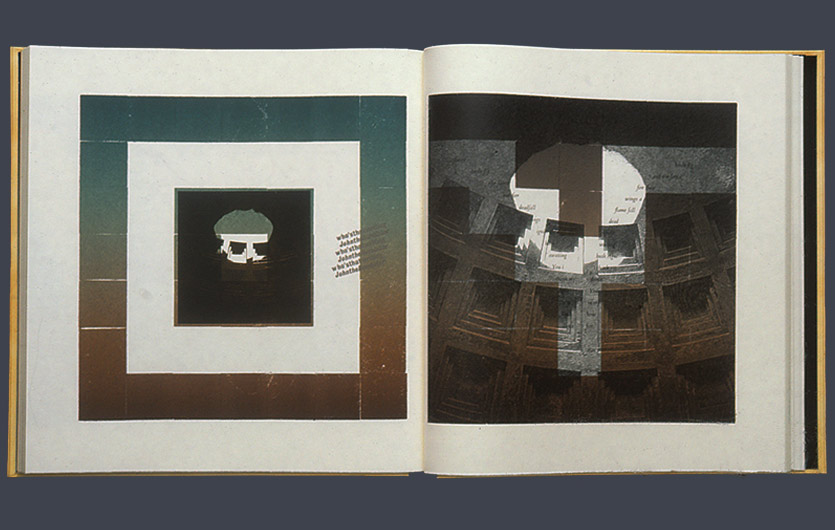 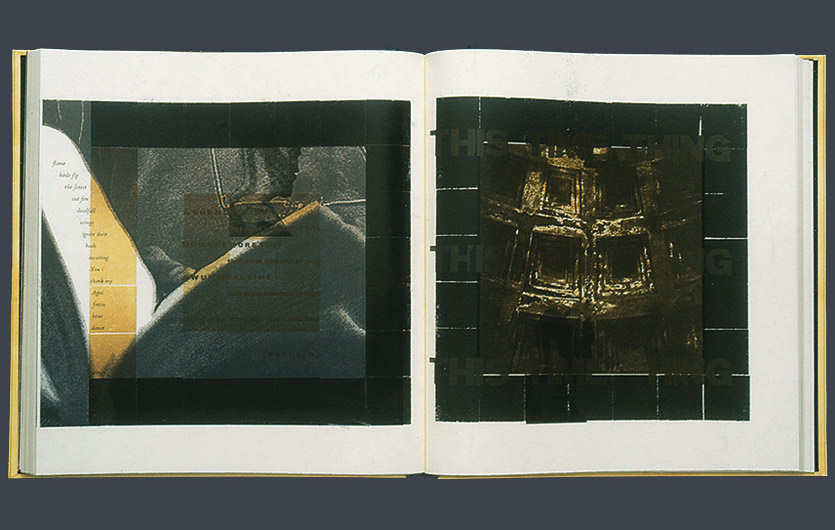 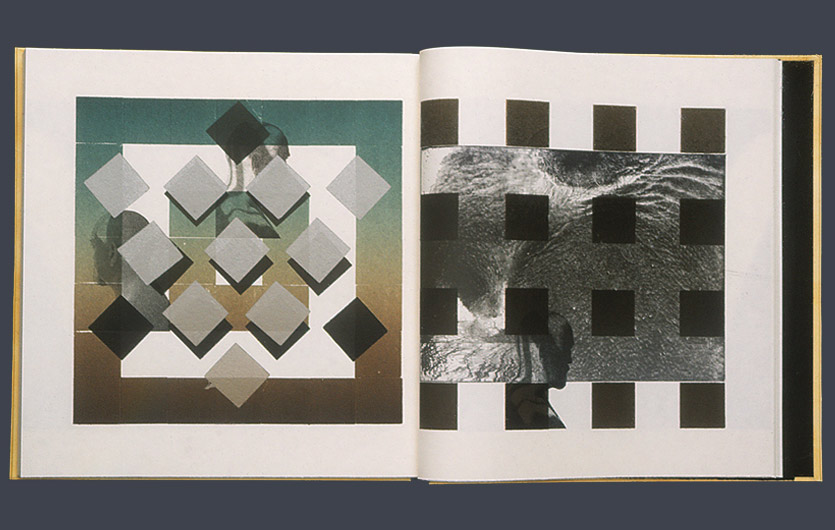 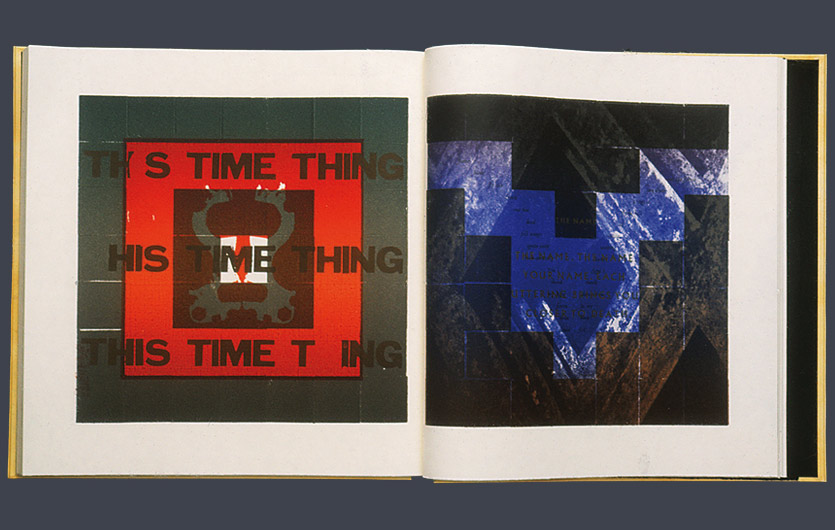 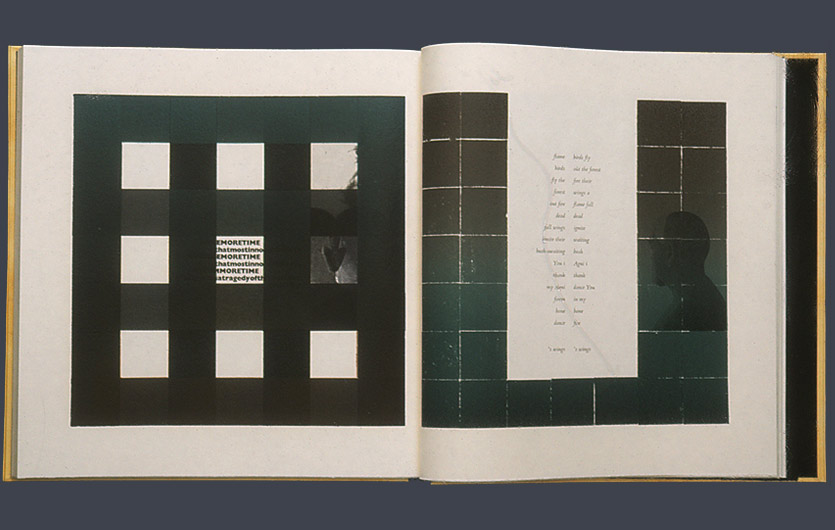 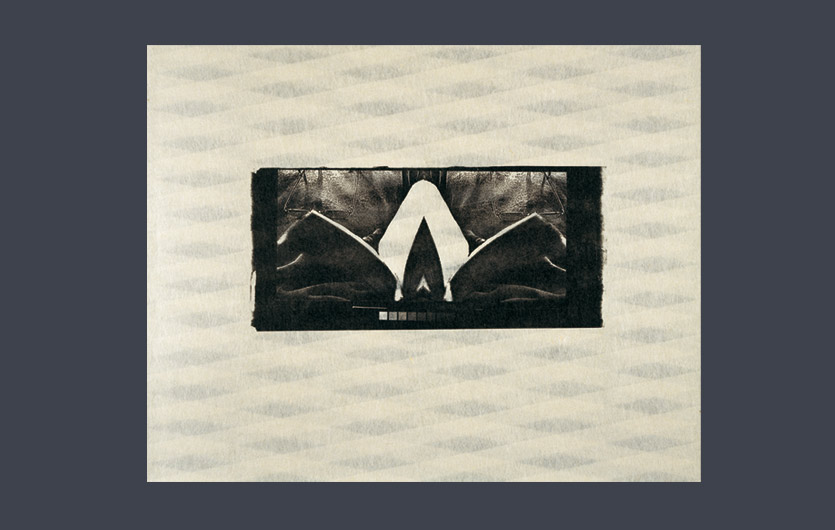 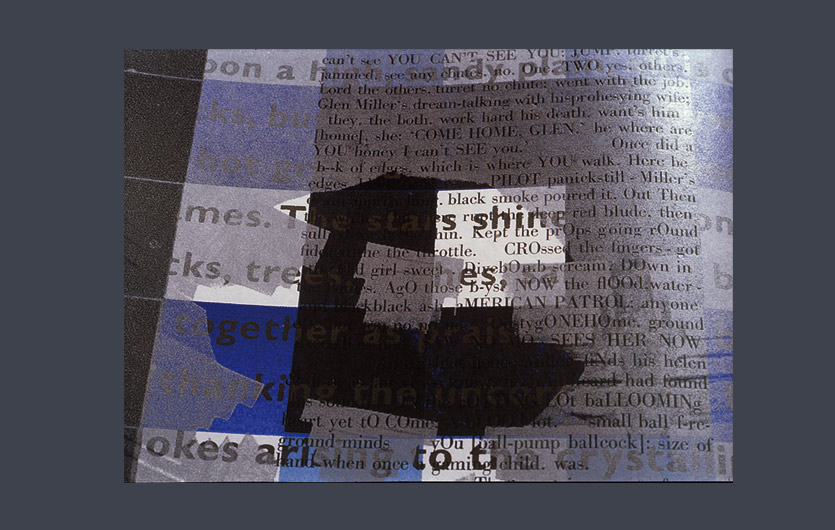 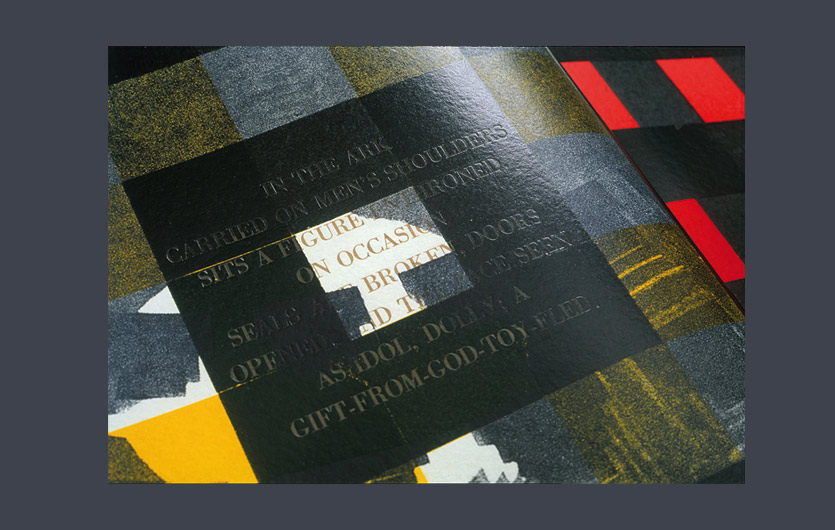 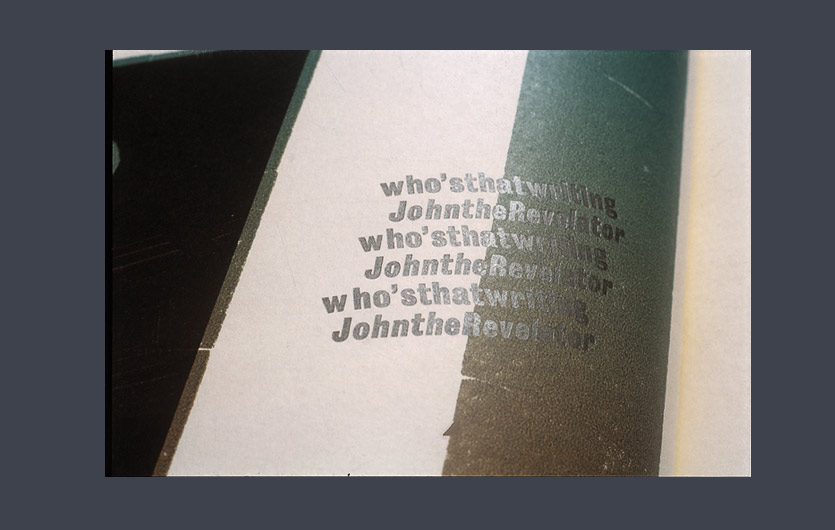 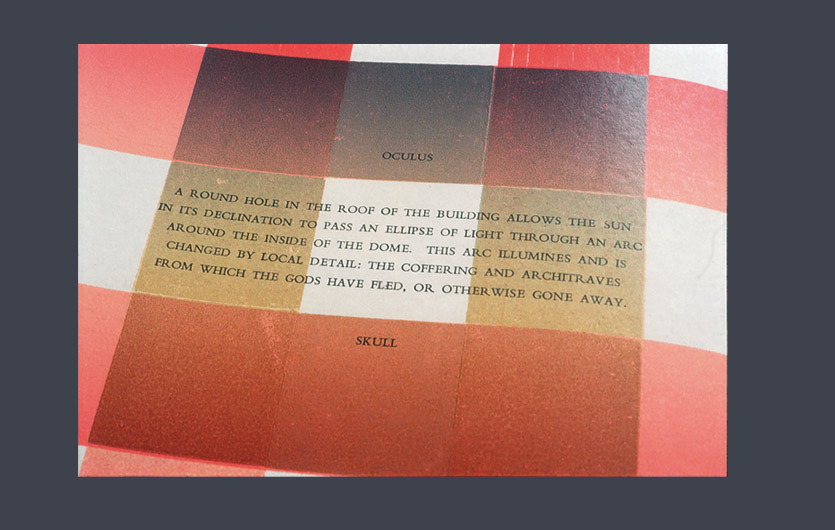