24 Sheets of thin Chinese handmade paper folded at the fore-edge, Chinese-bound with invisible thread and held between two pieces of varnished plywood, secured by an elastic band. The imagery is gained from the manipulation of rectangular lino blocks exactly the same size as the book which are worked and turned, printed in split duct colour in black, yellow, orange, green and red. The texts are printed letterpress in Akzidenz Grotesk type.

This book carries a cycle of poetry written during and after the death of my dockworking father. It is dedicated to him and his labouring. The book is in all respects as formally severe as it could be made.

In the print room of the British Museum I found a long, Oriental silk called ‘Admonitions to the Ladies of the Court’. Its visual structure seemed to me to exemplify much of what was good in modern British graphic design at the turn of the 1960s: the confidence to float images in colour fields and work within structures of feeling rather than structures of injunction. To attempt that aesthetic while describing my father’s life of grinding labour was irresistible. The book is on very fine Chinese paper, almost like shirt cloth – it was the first time I fell in love with paper; it was sensuous but could not be pushed around; it had to be worked with; the form thereby found. The full sheet of the paper was in the ratio of 2:1. I decided that this proportion denied all classical modulations and enhanced the severity of the whole. I therefore folded the sheet and made the finished size exactly 2:1 as a comment on the rigour of the life described therein. I cut two pieces of lino to the same size as the book page, and worked and turned them on a press to release austere imagery.

As a result of the paper being so thin and the pressure so great the ink went right through it and came out the other side. The backs of these leaves were very beautiful, and the pages were folded to reveal the reverse. I found the process to be dictating the form while I watched. In this I was the midwife to the incipient; a condition to be experienced in later books. Every page was fixed entirely by eye and without a grid to guide, and pages and poems moved around to find the form. A very delicate, almost fleshly book: that was the intention. The docker’s hook was an instrument of labour. The hook, as a snare, hung on my father’s working arm. The hook, as a question, floats within the text. 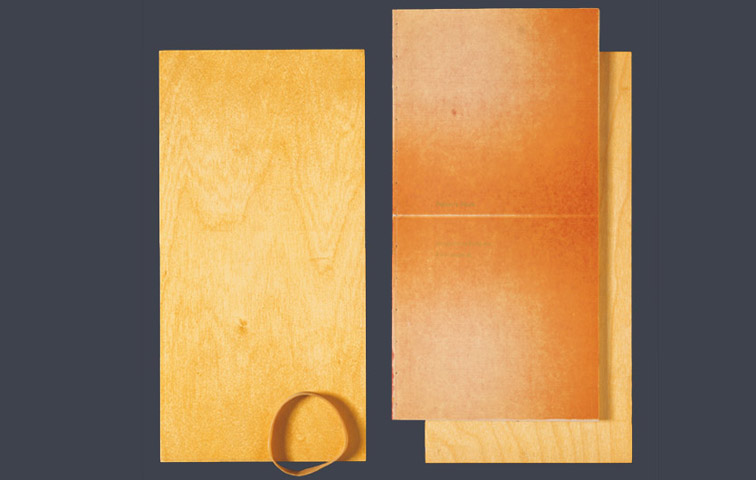 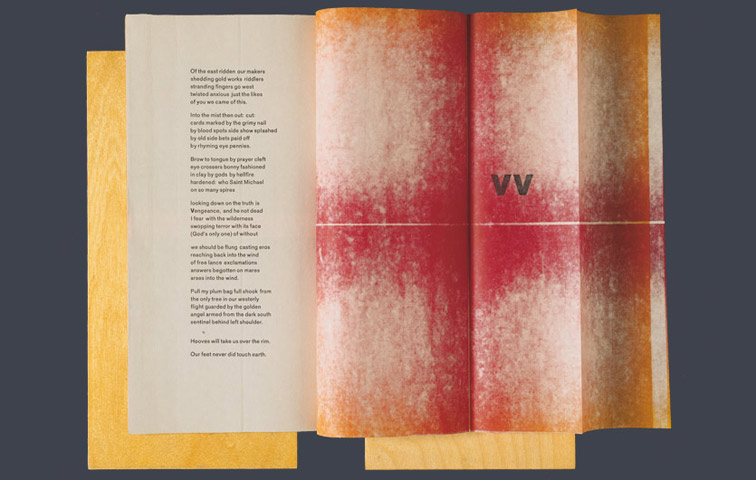 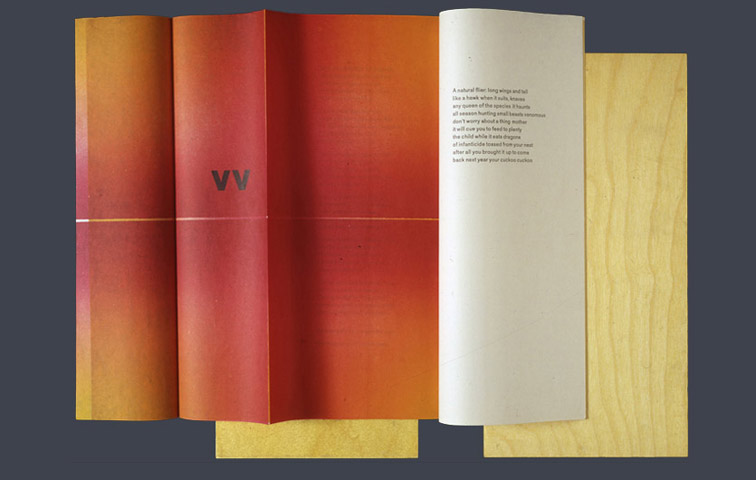 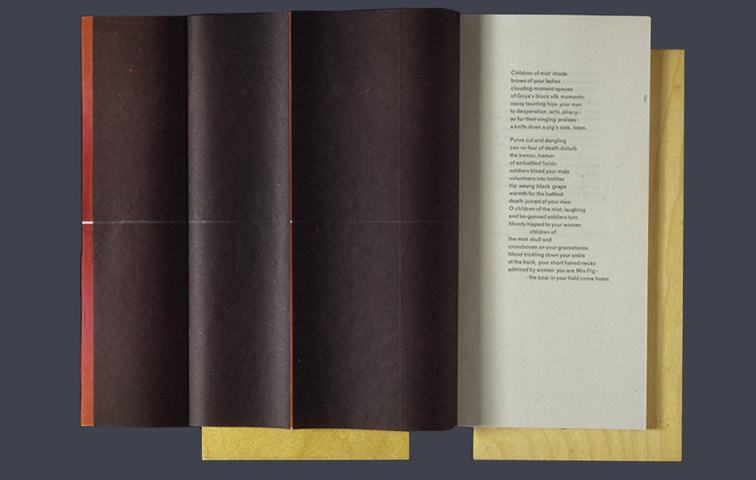 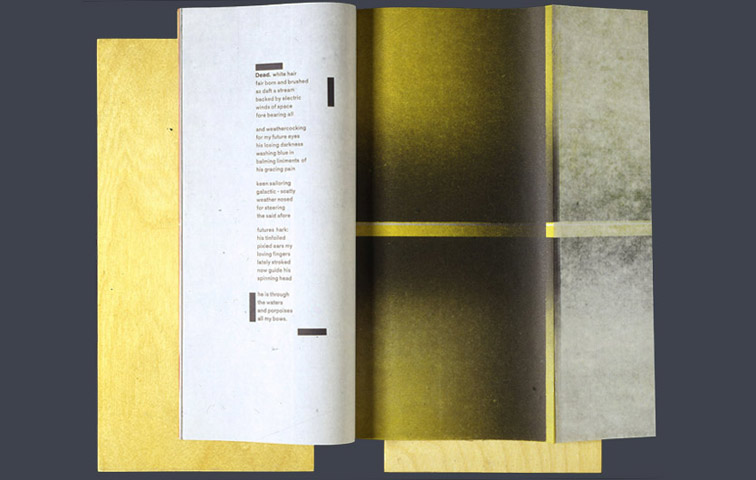 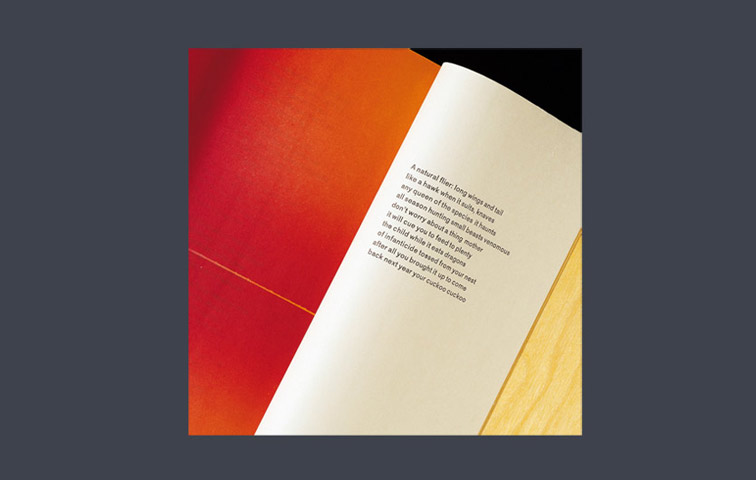 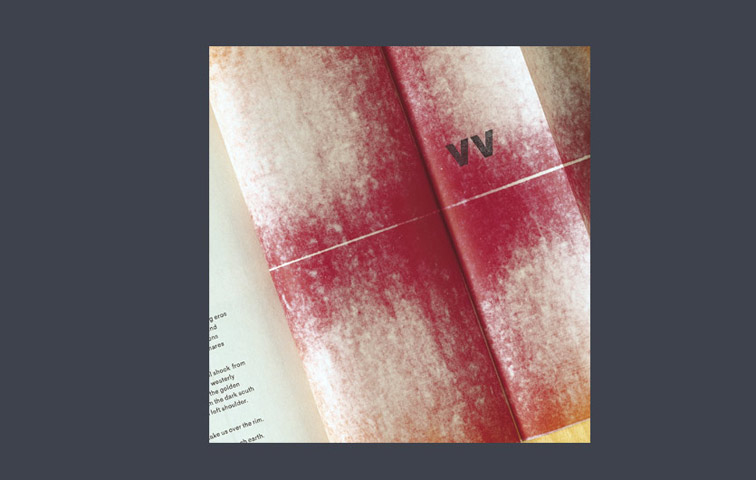 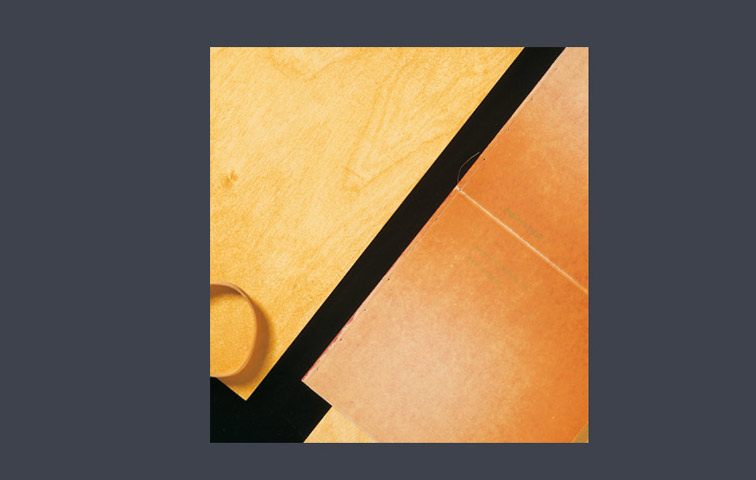 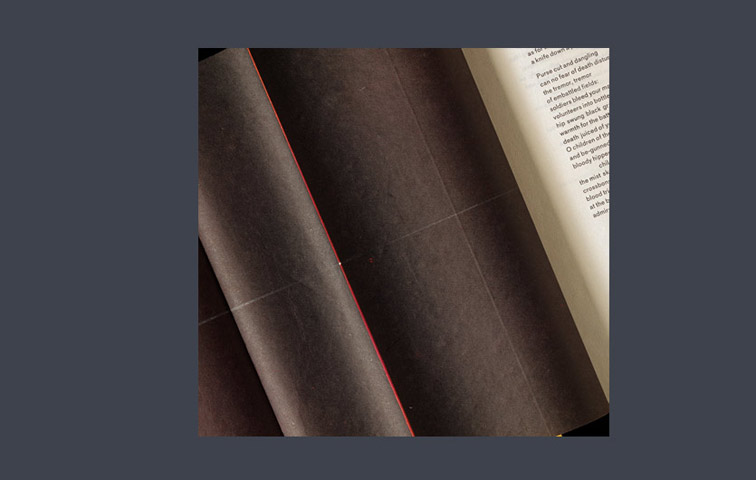 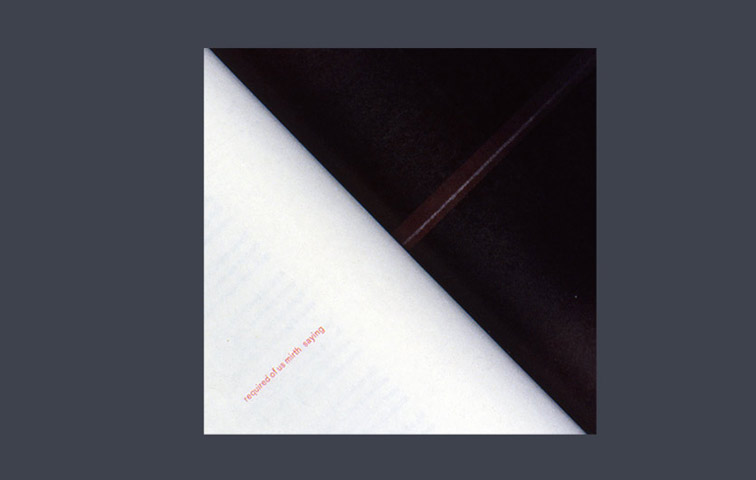