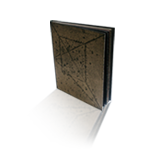 ‘EXECUTION’ plots the dismantling of a diagram (after Tschichold) that establishes a possible disposition of text on a page. The elements of the diagram are made from steel plate progressively cut, etched and ground to hasten their dismemberment and decay. The double-page spread is like two halves of a head, and there is a notion running through the book of a wolfman revealed. That’s a Jungian notion, and a powerful one to my mind. It offers that there are two people looking out of any one face. Once again the book spread is used as an arena for corporeal display.

The diagram is progressively destroyed through the book to reveal a cracked black mirror, which is the mirror in which one half looks at the other. Rectilinear wood blocks and heavy lead rules make up an abstract of the page described by the angular diagram. These too are manipulated, the rules’ movement sometimes suggesting lines of type, and sometimes the ribs of a corpse.

Three faces, printed letterpress from etched plates, appear throughout the book. They represent three ages in search of a persona and are accompanied by the figure of a sprite or demon, who apparently converses with his own shadow. Lead blocks are deployed to represent the Egyptian crocodile god Zebek, god of justice; and, when doubled, two halves of a face.

‘EXECUTION’ abandons narrative form to use its text as prompts to the drama in the printmaking. The book is about left and right, dark and light. In its establishing of elements to be subsequently manipulated it aspires to musical form. In its assault on the book structure it supplies the means of its own demise. ‘EXECUTION’ offers the wolfman on our other side an escape to the shadow self. 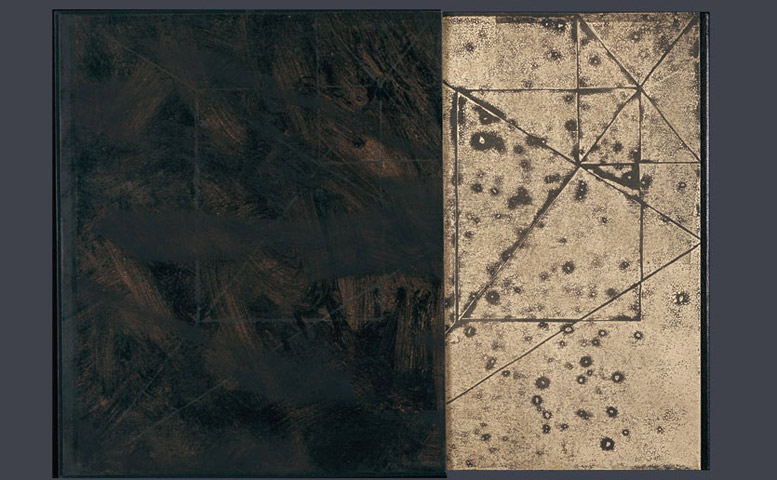 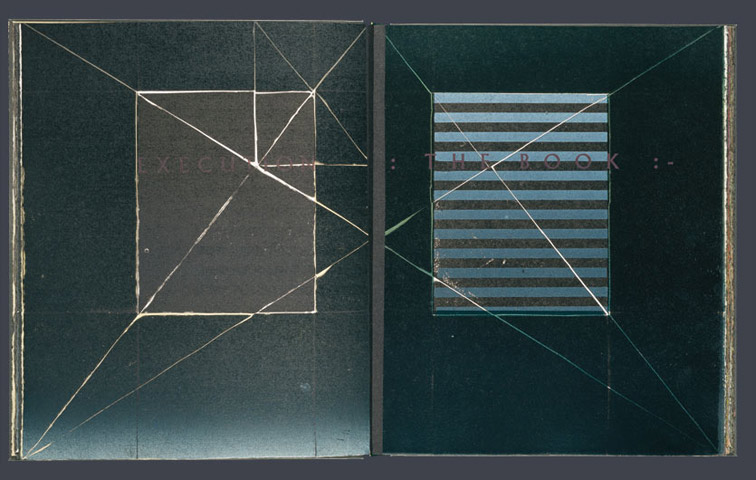 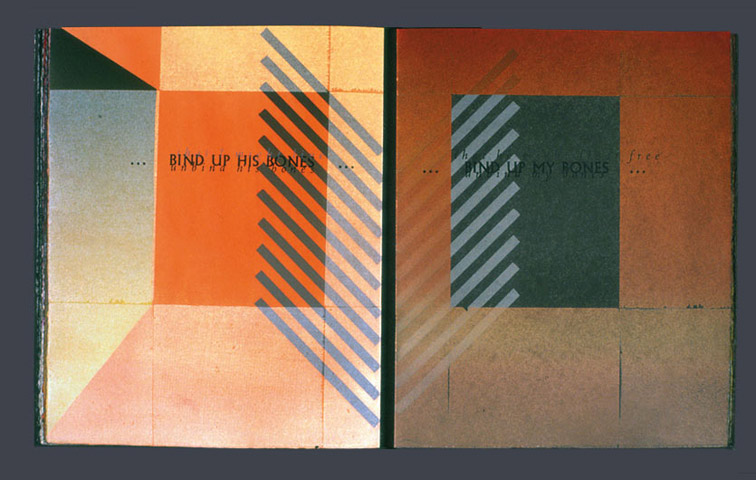 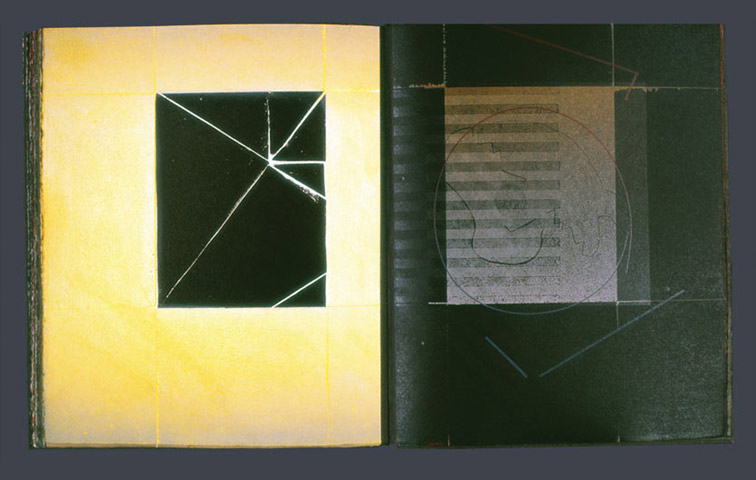 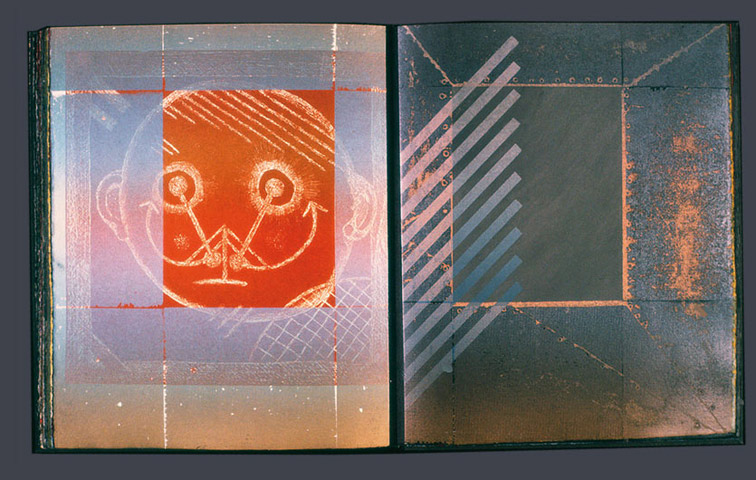 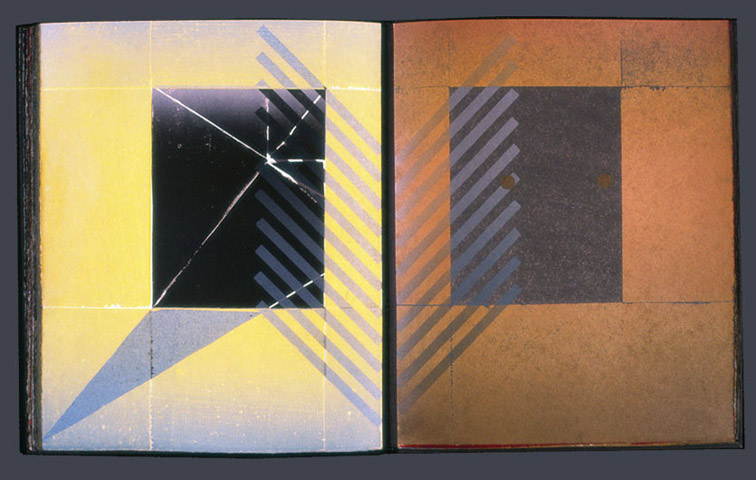 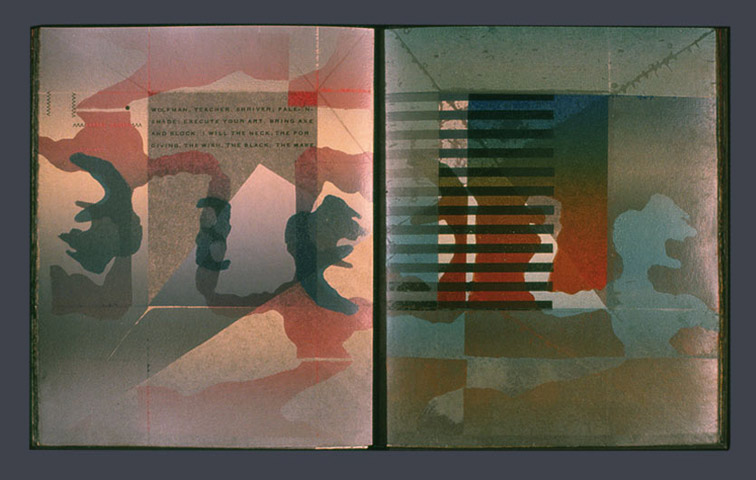 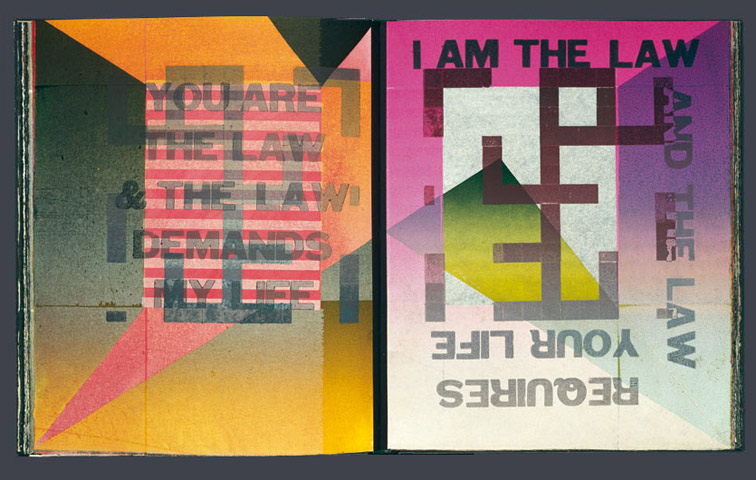 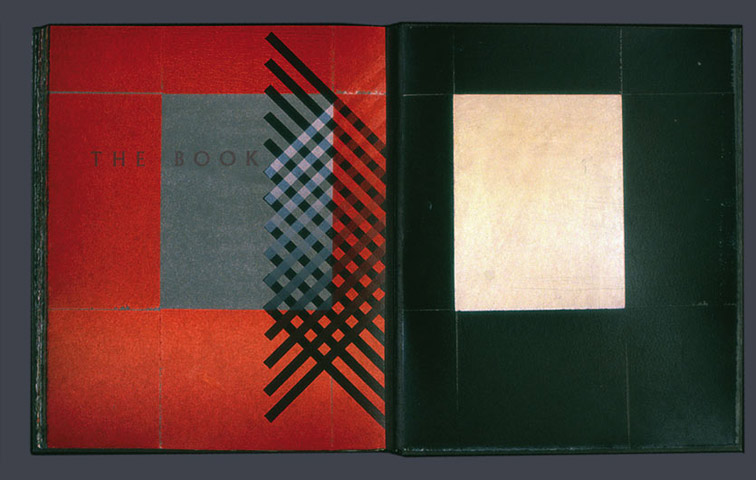 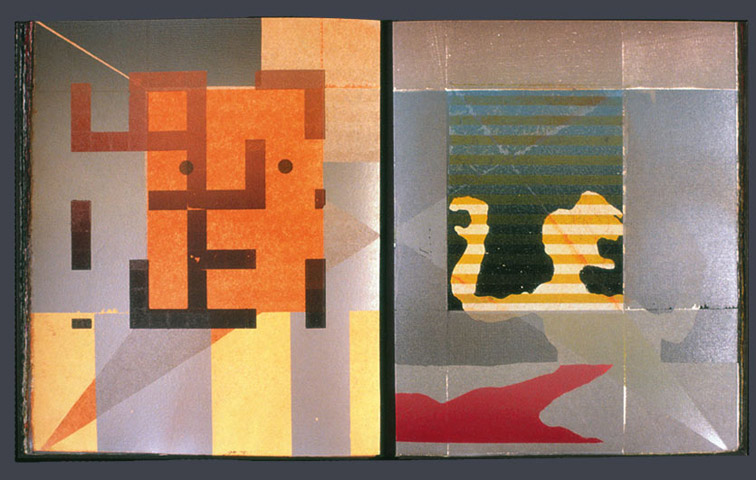 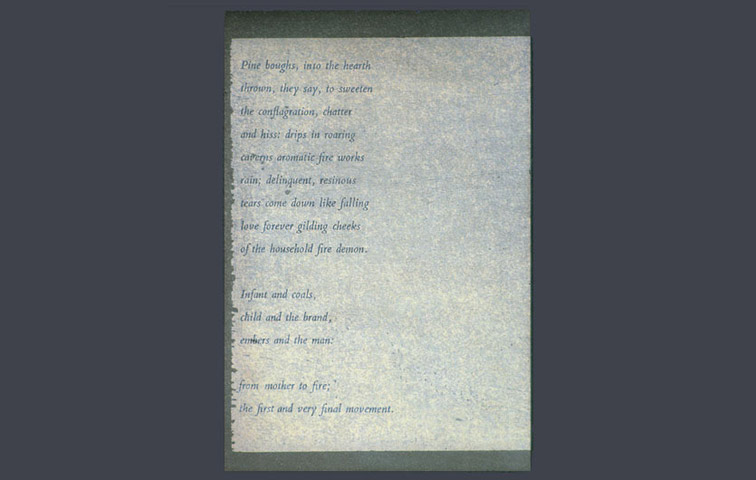 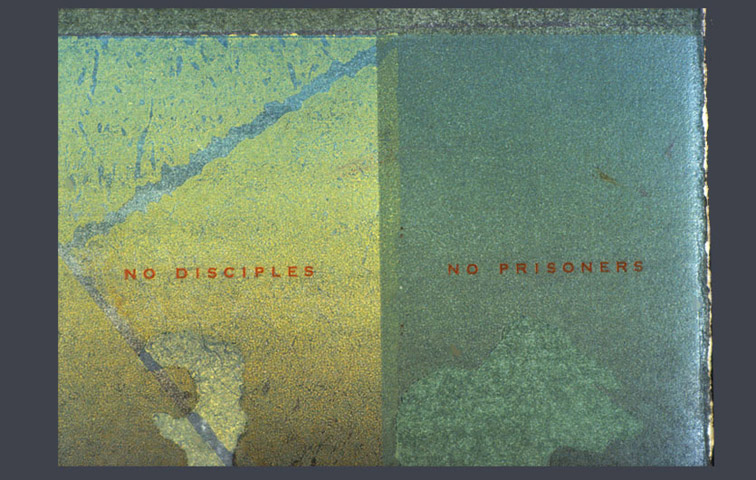 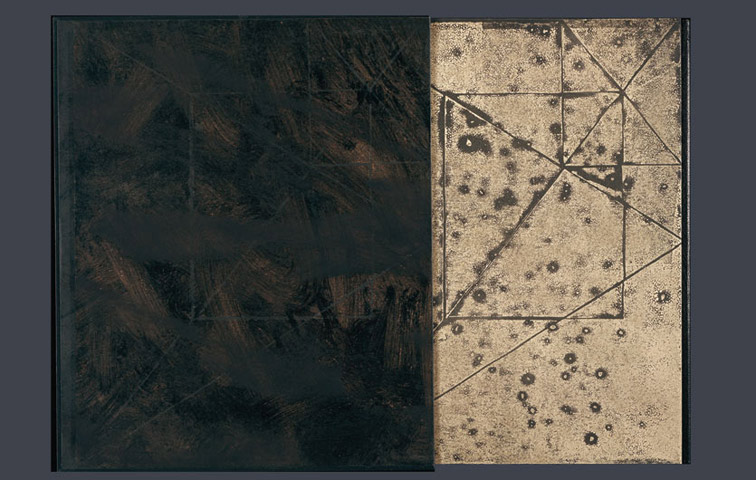